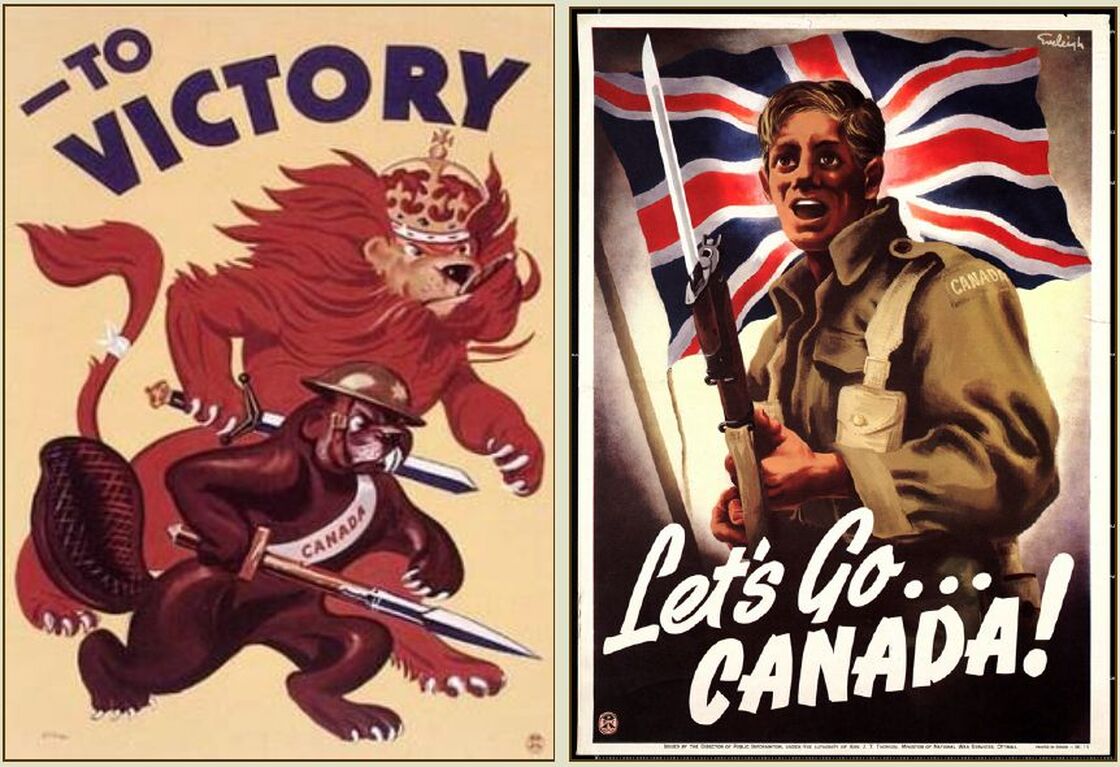 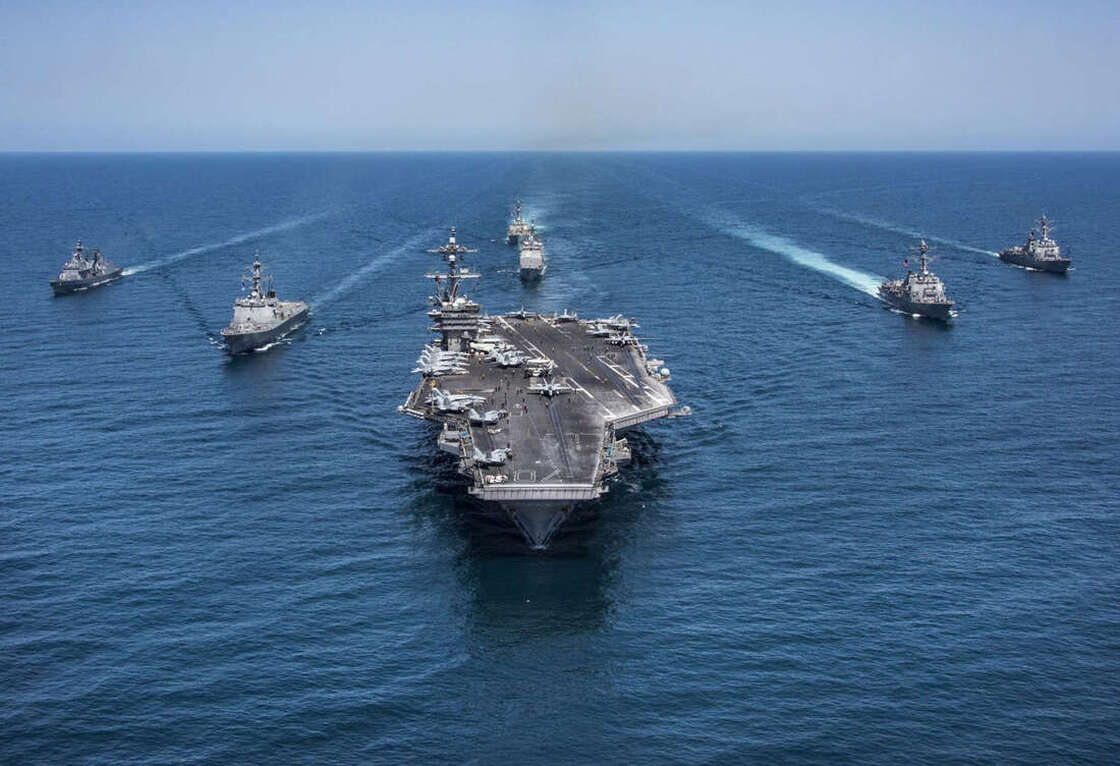 PACIFIC OCEAN - MAY 3: In this handout provided by the U.S. Navy, the Republic of Korea destroyers Sejong the Great (DDG 991) and Yang Manchun (DDH 973), the Arleigh Burke-class guided-missile destroyers USS Wayne E. Meyer (DDG 108), USS Michael Murphy (DDG 112) and USS Stethem (DDG 63), the Ticonderoga-class guided-missile cruiser USS Lake Champlain (CG 57) and the Nimitz-class aircraft carrier USS Carl Vinson (CVN 70) patrol May 3, 2017 in the western Pacific Ocean. The U.S. Navy has patrolled the Indo-Asia-Pacific routinely for more than 70 years promoting regional peace and security. (Photo by Z.A. Landers/U.S. Navy via Getty Images) © Bloomberg
POPULATIONS IN CANADA
Canada really has U.S.A. populations
Government of Canada long ago decided the publications of its populations to be the U.S.A. and to remove England from its North American East Coast Maps.
The World Navy of Canada vs. Canada vs. Canada vs. Canada is because its the World's largest producers in trusted Navy Ships and Military Equipments.
"Alright then!" ​― Alfred the Great first King of Canada and England​​​

Canada produces 500 Warships yearly smallest to largest in any kinds meeting the world in demands!
​Pentagon Warns China on Asia-Pacific: US Will Keep War-Fighting Edge (msn.com) 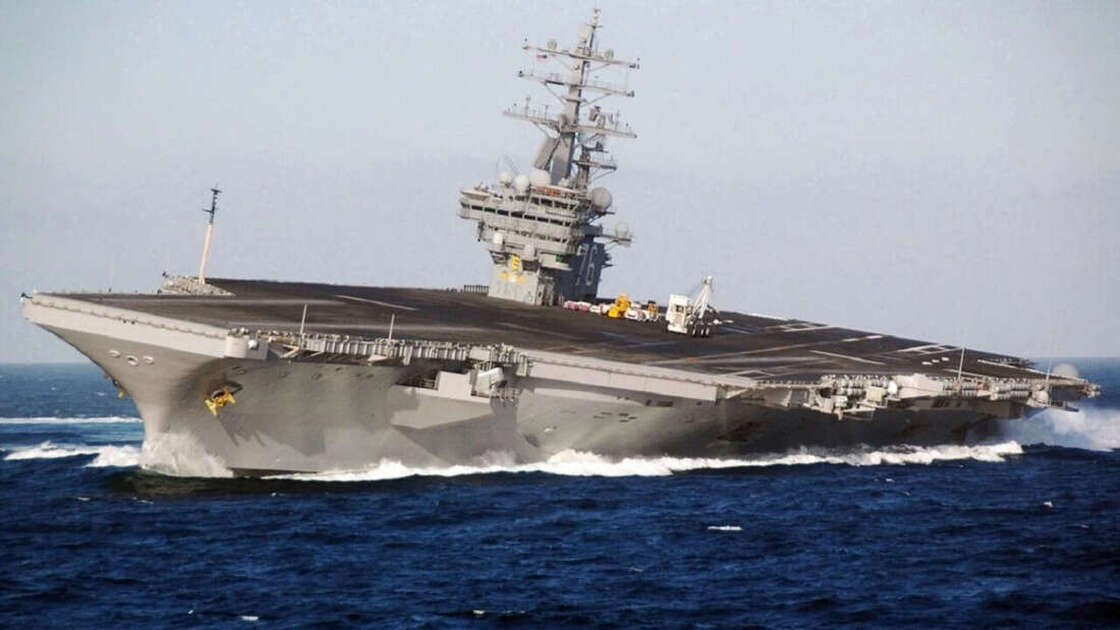 Photo by: MC3 Aja B. Jackson/U.S. Navy 200108-N-XG173-1018 PEARL HARBOR (Jan. 8, 2020) The aircraft carrier USS Abraham Lincoln (CVN 72) arrives at Joint Base Pearl Harbor-Hickam as part of an around-the-world deployment that includes a homeport shift to San Diego. Abraham Lincoln has been underway in support of maritime security cooperation efforts in the U.S. 5th, 6th, and 7th Fleet areas of operation since April 1, 2019. (U.S. Navy photo by Mass Communication Specialist 3rd Class Aja B. Jackson/Released) By: City News ServicePosted at 9:49 AM, Nov 30, 2022 and last updated 10:13 AM, Nov 30, 2022 SAN DIEGO (CNS) - A fire aboard the Nimitz-class aircraft carrier USS Abraham Lincoln caused minor injuries to nine sailors, a U.S. Navy spokesman announced Wednesday. The fire broke out Tuesday morning, and was extinguished by the crew. All the injured sailors were being treated on board the vessel.
2022 ALL CANADIAN REQUESTED 10 U.S. AIRCRAFT CARRIERS SUNKEN!
Thank you Canadian Navy for Success!
Next we begin consulting with our Government Architects for downwards facing two moons designs of Snow Stadiums®​ and Snowscraper Malls powered by
​Candu® Reactors! "God as Architect I Engineer New Malls & Millionaires and Ice-Skating Dreams!" ​― Alfred the Great first King of Canada and England​​​ 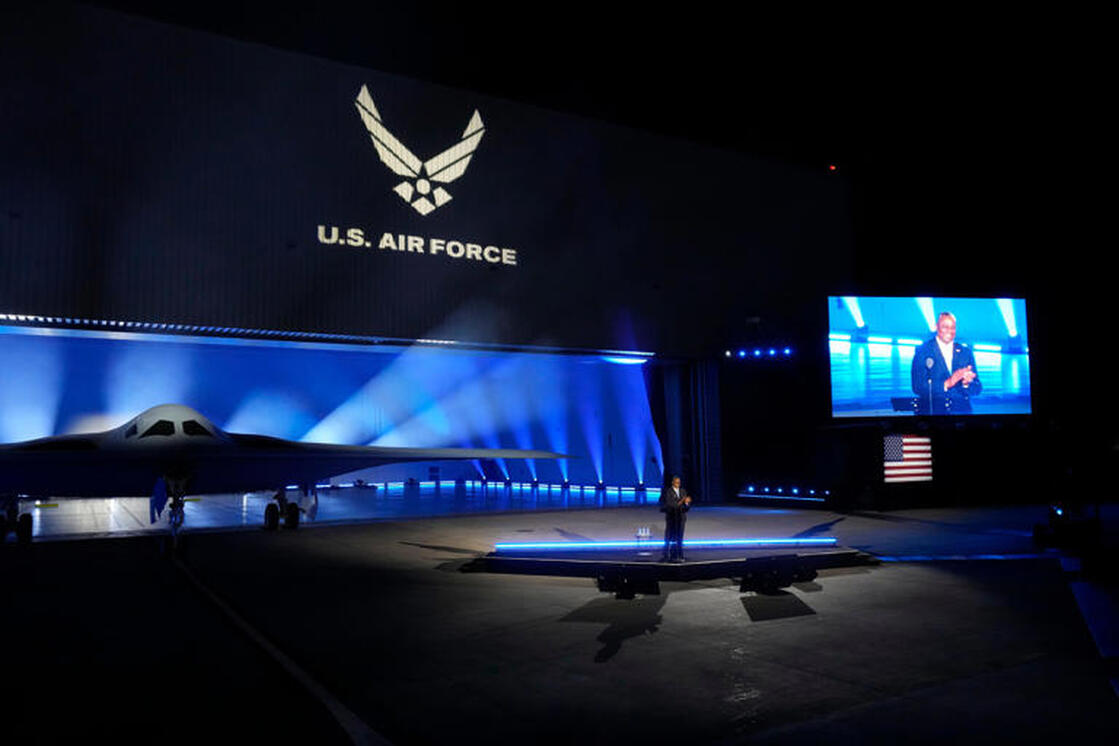 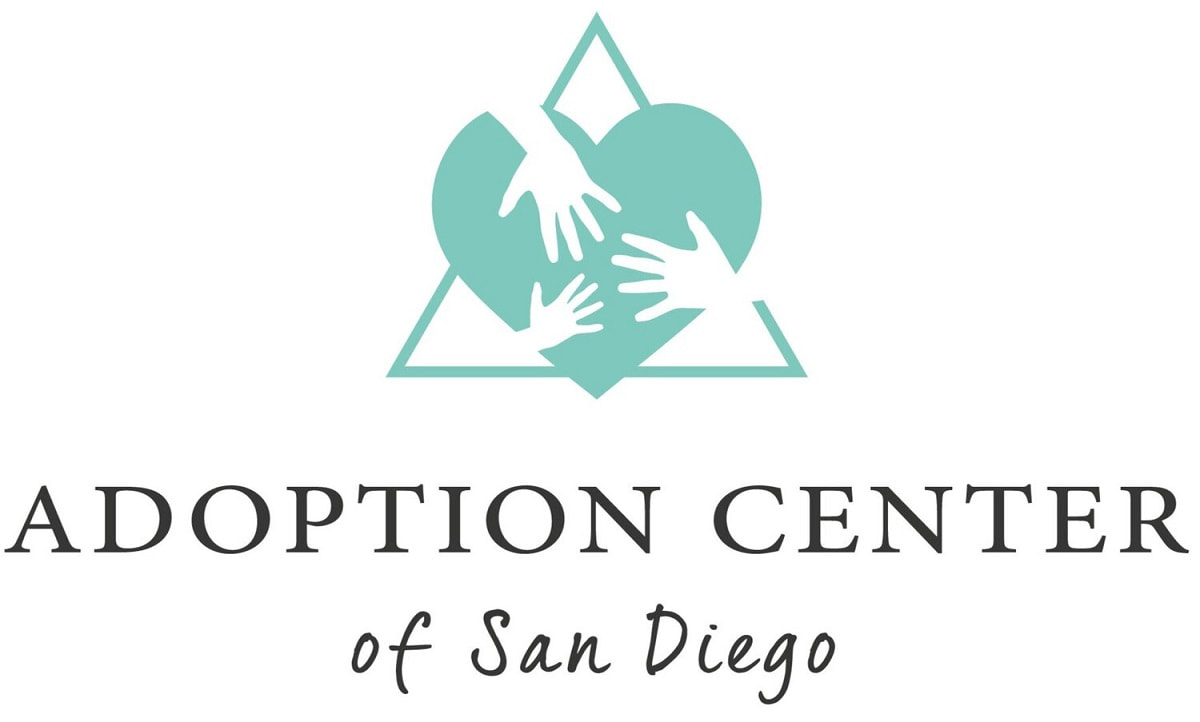 ​WAR ON TERROR!
International Military Campaign of War On Children in Illegal Child Adoptions
The war on terror, officially the Global War on Terrorism (GWOT), is
​an ongoing international counterterrorism military campaign initiated by the United States following the September 11 attacks.
"Church of Canada taking its turn going over International Borders during War On Terror in illegal Royal Child Adoptions!"
​― Alfred the Great first King of Canada and England​​

Hello Good Day!
Illegal Royal Child Adoptions and High Risks to those who commit the International Crimes of Child Adoptions in the San Diego California areas
​by Canadian Armed Forces during War On Terror of these Children. If you so wish you can copy & paste this to your website and forward on to your friends.
Thank you and have a wonderful day!

Jehovah is International Rescue & Military and Government Certified XL. Guys are never wrong!
2 REQUIREMENTS FROM THE U.S. GOVERNMENT
Surname Name Changes
U.S. Government required names changes in Surnames on all my Family Birth Certificates and ID such as Drivers Licenses or anywhere else in the world
from Pochinko to Hohenzollern.

​"Thank you and have a wonderful day!" ​― King Jehovah Hohenzollern 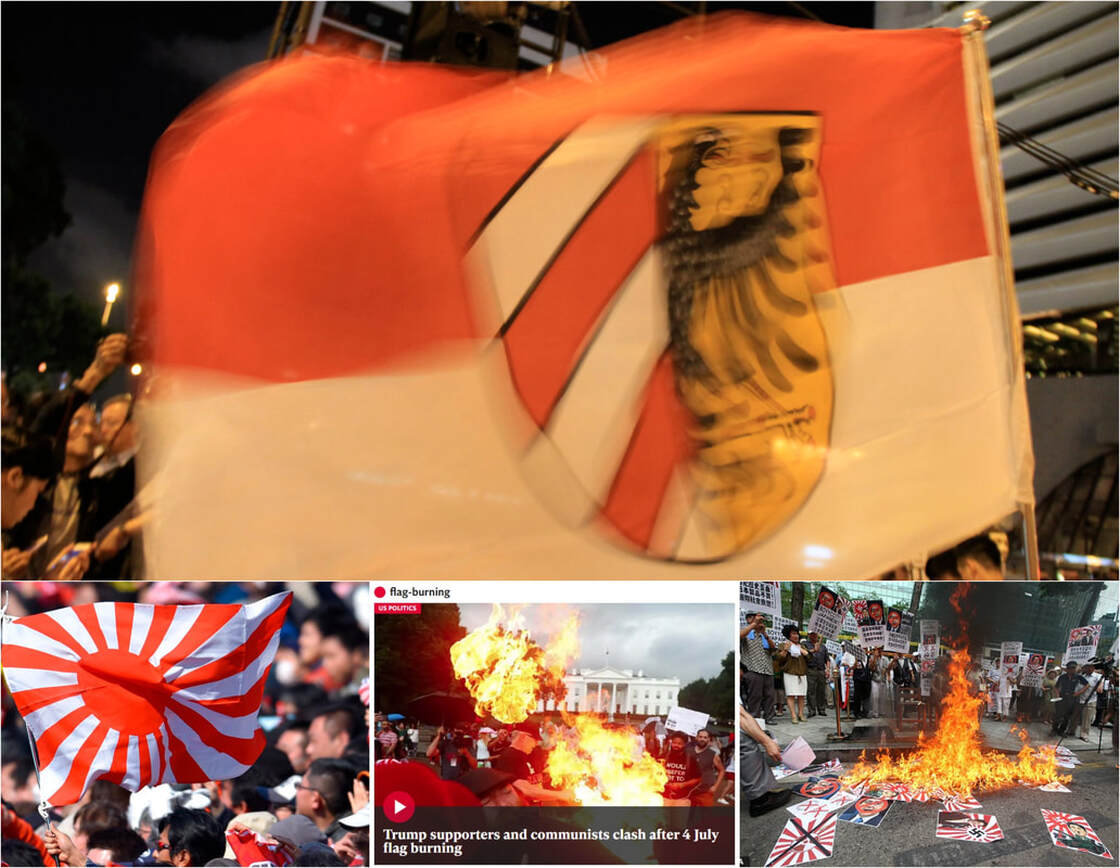 Jehovah's Propaganda 2022 Trump Support!
​​GOVERNMENT ​HEART ATTACK LETTERS IN THE MAIL
Mr. Answers Letters from Government Borders
I heard the actual letters they got in the mail gave their Hubands heart attacks stating they Kidnapped Royalty.
​"Can't do the time don't do the crime!" ​―​ Jehovah the Sultan of Iraq Allahu Uruk Akbar of 1888 Royal Prussia (King Santa Claus) 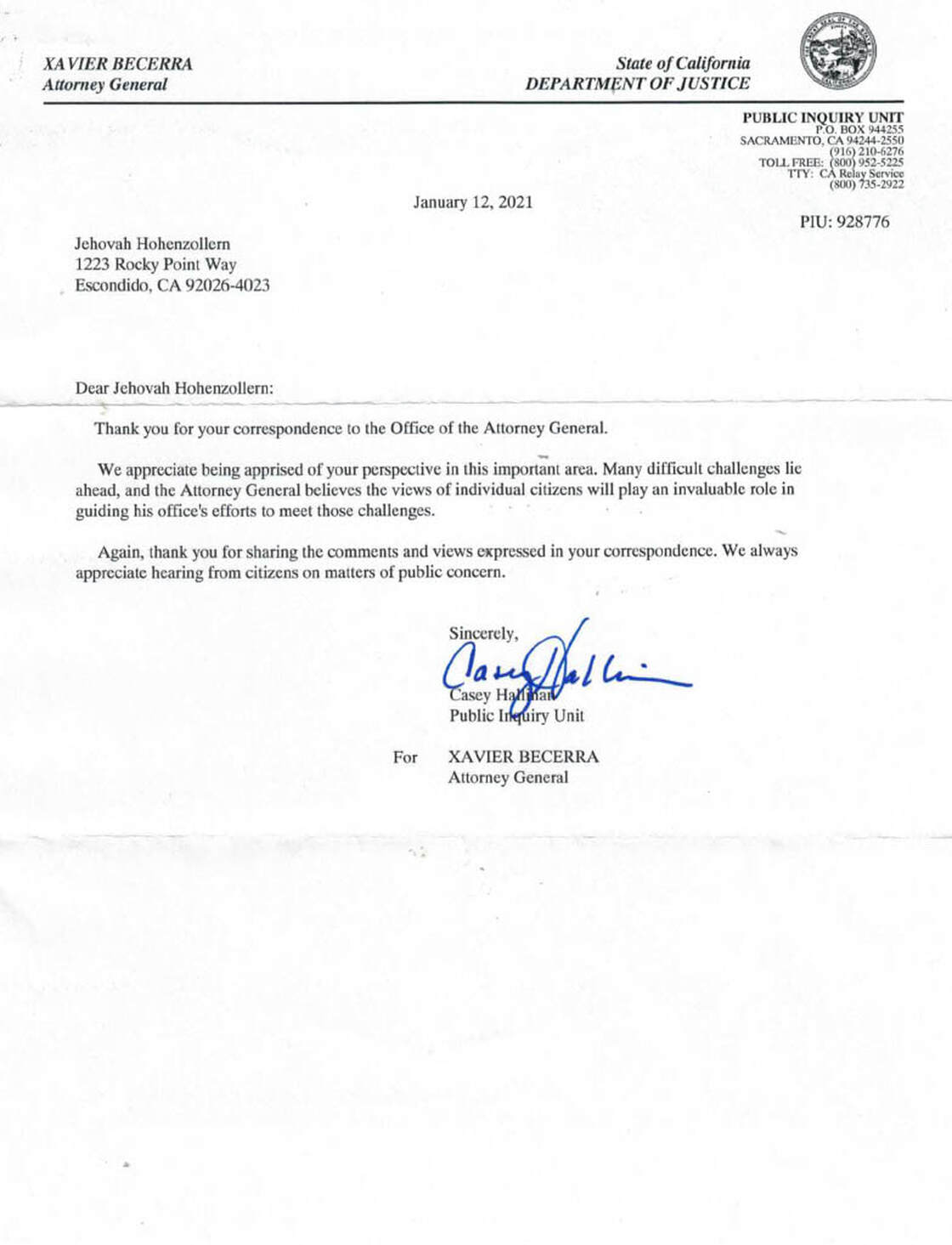 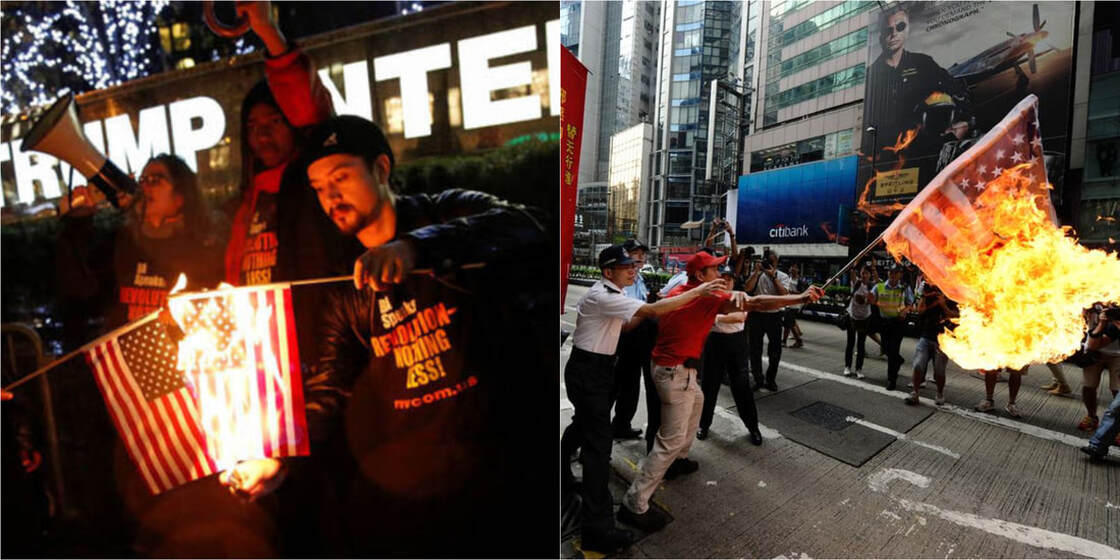 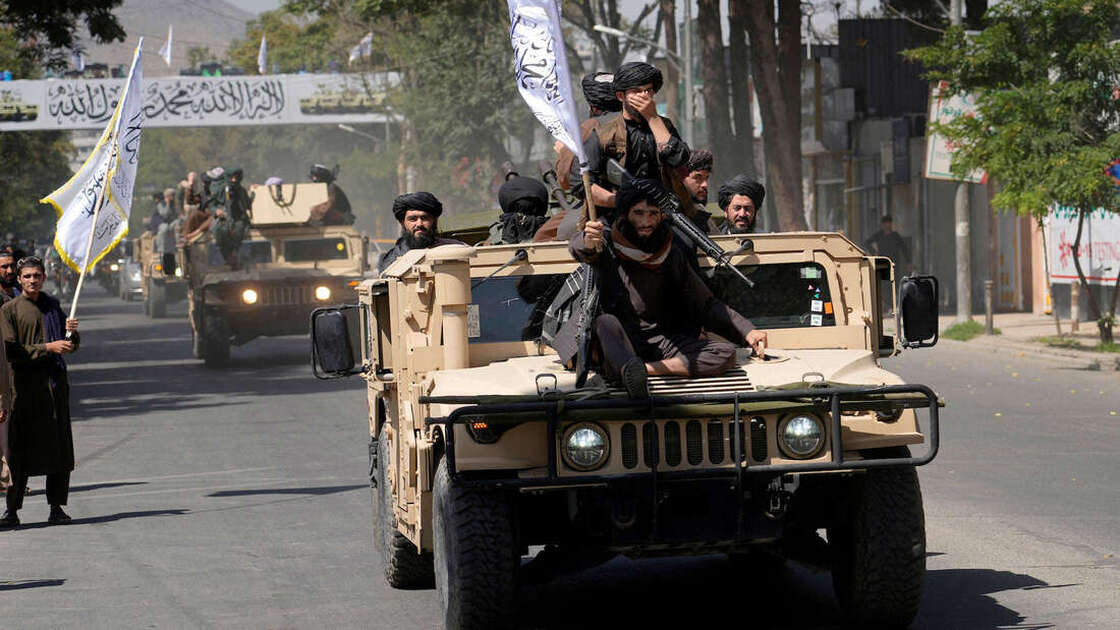 Taliban fighters celebrate the first anniversary of the withdrawal of US-led troops from Afghanistan, in Kabul, Afghanistan, Wednesday, Aug. 31, 2022. (AP Photo/Ebrahim Noroozi)© Provided by Task & PurposeWhile a previous Pentagon inspector general report in August estimated that
roughly $7.12 billion in U.S.-funded military equipment was still in the inventory of the Afghan National Defense and Security Forces (ANDSF) when
the central government in Kabul collapsed, a new assessment from the Special Inspector General for Afghanistan Reconstruction (SIGAR) revealed last week that the Pentagon “has struggled for years with accurately accounting for the equipment it provided to the ANDSF.”
"America was never allowed!" ​―​ Jehovah the Sultan of Iraq Allahu Uruk Akbar of 1888 Royal Prussia (King Santa Claus)
​The Pentagon has no idea how much military equipment it actually left behind in Afghanistan (msn.com)
​

AUTOMATIC KINGDOM!
Law Against Automatic Stones
I Jehovah being pelted by stones and rocks my whole life are coming from all walks of life including animals and fish.
"Now does this include Automatic Stones from Meteorites?" ​​―​ King of Royal Heaven Jehovah Hohenzollern​ of Ramadan Hamas-Christmas Hanukkah-Nazia
​​​​​ 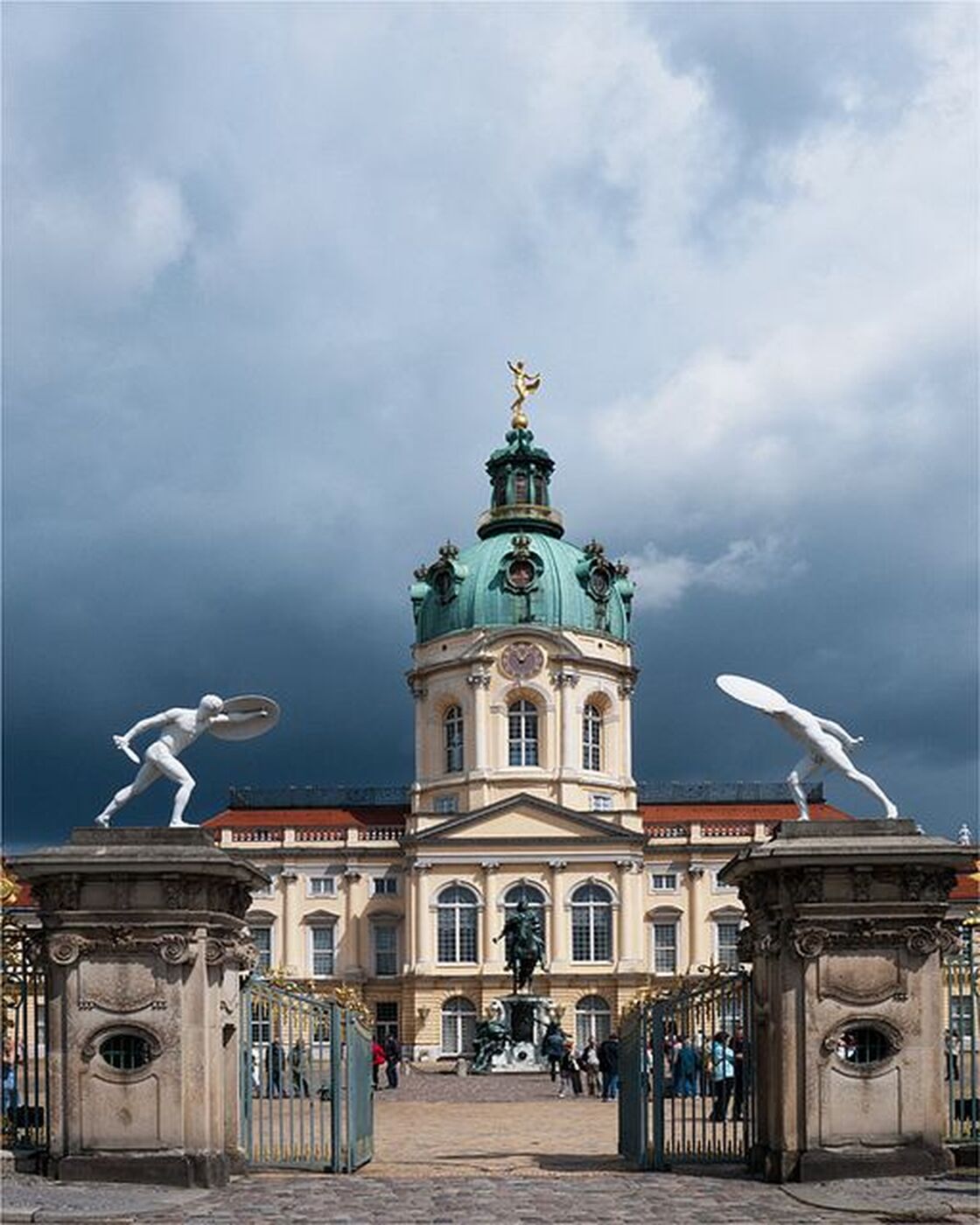 Charlottenburg Palace is the largest Prussian Palace in Berlin.
​​10 MILLION JEHOVAH'S ANGELS AND DEVILS GUARDING THE SUN
You would think I am the most expensive lands of injuries!
My Angels and Devils with Shields of Crosses guarding the Sun of Weather means protecting my borders in Royal House of Injuries down Human chain of Earth.
"I remind you we're all half physical and half spiritual because this world is not completely real." ― Government of Injuries

AMERICANS WITHOUT THE RIGHT TO LIVE
Churches the Mountains of Gospel and the Truth in Justice
"I Jehovah confirmed by Mountains of Truth are enforcing Justice on Americans without the right to live backed by Weather of the Sun and World Military."
​―​ Jehovah the Sultan of Iraq Allahu Uruk Akbar of 1888 Royal Prussia (King Santa Claus)

MOUNTAINS OF GOSPEL AND DNA COLOR PICKERS IN BLOOD TYPE MATCHING
Blood type is Occupational
Blood type null¯ is Navy and Blood type O negative is Army and everybody in between.
"I have the rarest blood type on Earth type null¯ Navy in World History." ​―​ King Jehovah Hohenzollern
​​​CHILD ADOPTIONS & WAR JOKES
Jehovah's Neighborhood of Adoptions & War Jokes
"Jehovah's Palaces of Prussia during U.S. Lead invasion of Iraq."
​​―​ Jehovah the Sultan of Iraq Allahu Uruk Akbar of 1888 Royal Continental and National Prussia (King Santa Claus)
​
​​WAR ON TERROR CAUSE IS JESUS
War on Terror cause is Lord Jesus Christ of Peoples Phobia
I Jehovah purposely created Lord Jesus Christ used for Peoples Jealousy/Claustrophobia given 2% of my Birthday shares and never existed for that reason.
I Jehovah® and my Children who are Kids® named Allah® God® Gott® Odin® Bog® Dieu® Dios® all use Lord Jesus Christ for Peoples Phobia.
―​ Jehovah the Sultan of Iraq Allahu Uruk Akbar of 1888 Royal Prussia (King Santa Claus)

16 SONS OF JEHOVAH DELIVERED FROM EGYPT
Jehovah's replacement sons sent to Adoptions
Son Jehovah Elohim – The Son of eternal creator (Genesis 2:4-5)
"Elohim is Galahad the fairest white boy I have ever seen." ―​ ​יהוה "Ken" Jehovah the Messiah of Israel the God of Gods and King of Kings​ 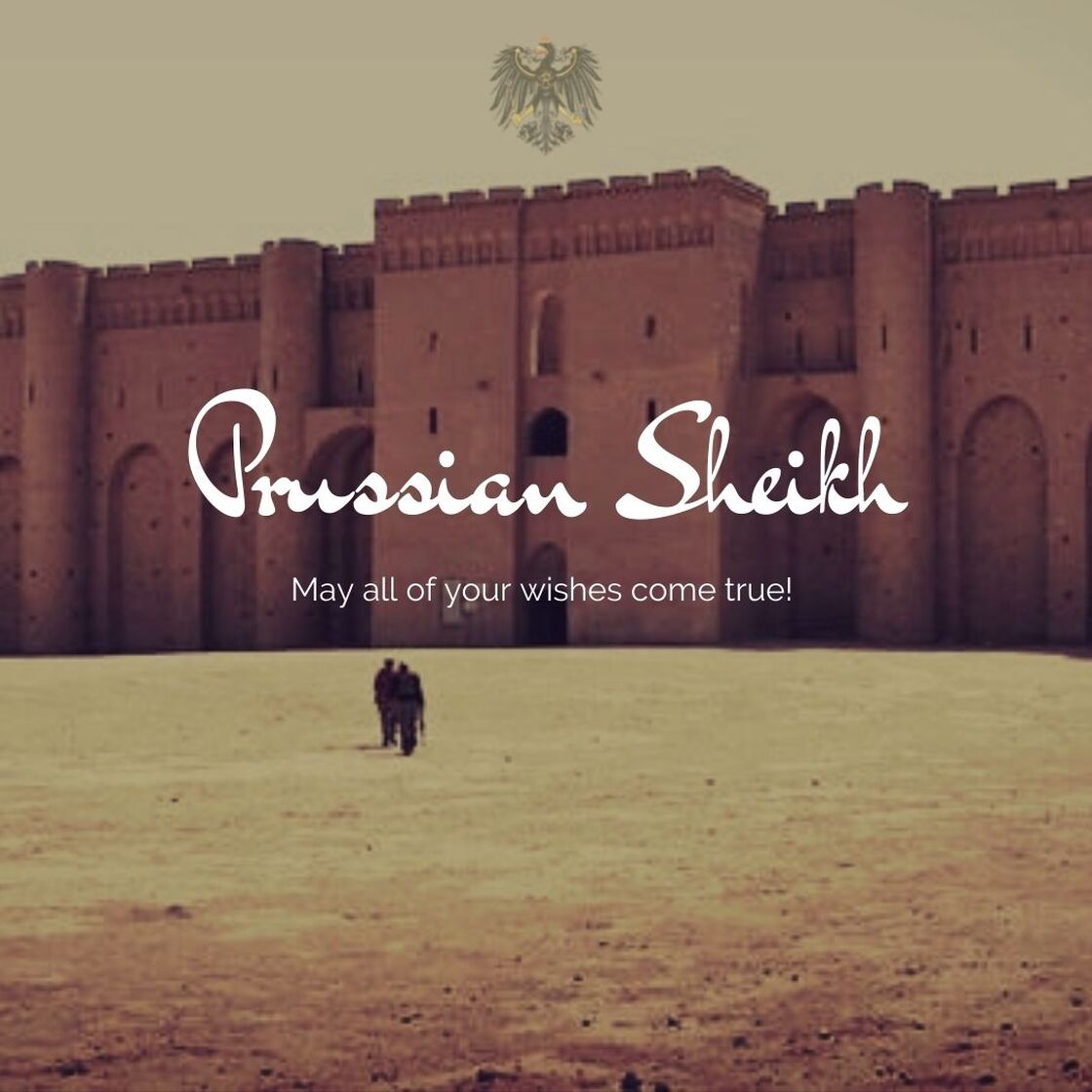 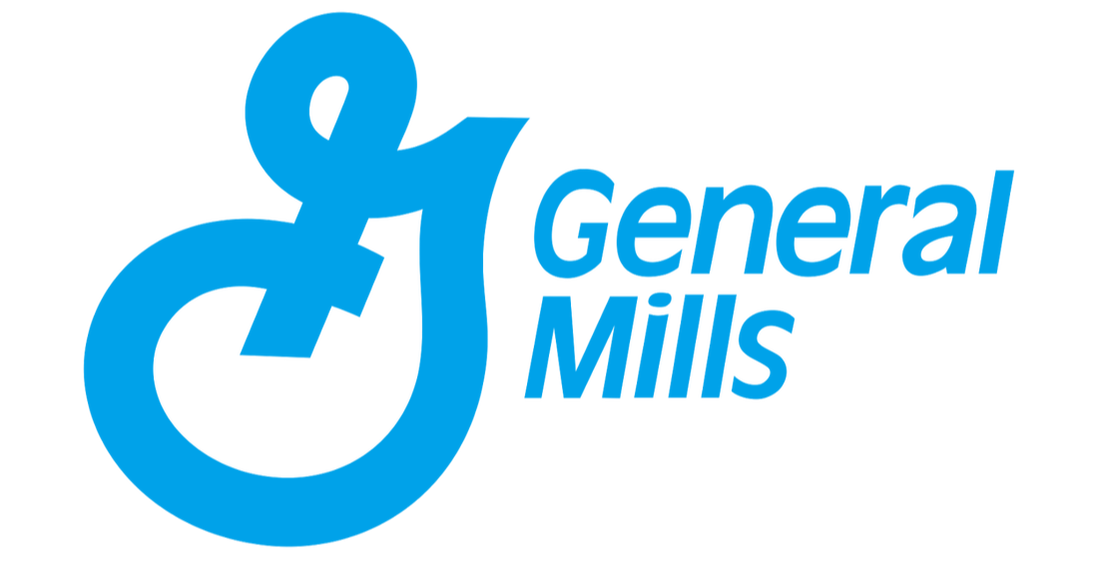 "Evil is as evil does so does Democracy." ​―​ Jehovah the Sultan of Iraq Allahu Uruk Akbar of 1888 Royal Continental and National Prussia (King Santa Claus) 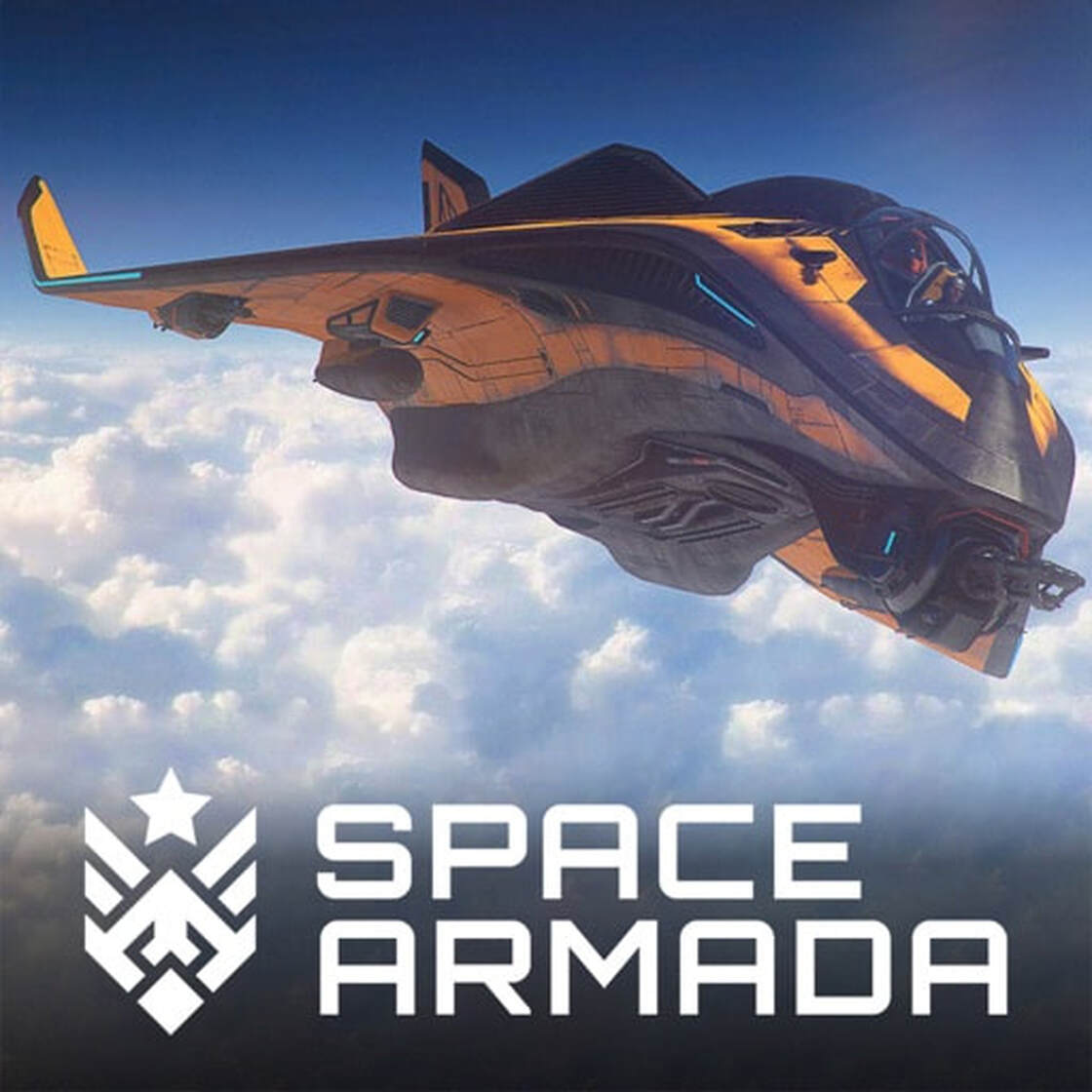 ​SUPERCASTLE R17
Follow the proper comprehensible instructions
Stick and Rudder is an explanation of the Art of Flying a book written in 1944 by Wolfgang Langewiesche describing how airplanes fly and how they should be flown by pilots. Tonight high past the blue sky a basic Container Armada flew over at Mach 8 one end to the other that took about 10 minutes to reach.
Software Design Programs in modern explanation of life and creation of the Universe that can be reproduced by a coloring book is the same explanation to the instructions on how to live our lives. I'm not the shitty end of the Honeywell instructions and we could all do better then this for my life as richest King.
If explaining life in parody of a Space Armada was too complicated we wouldn't build any and neither any Airplanes because they would be too hard to operate.
"If I could put a thousand words into a thousand dollars I would explain what that means when I say thank you for your cooperation!"
​― Jehovah the Elven King of the Crater of Mount Everest, North Pole Antarctica 200 times the size of Earth

If you guys are still arguing the old USA 5 Earth's South​ what's preventing me from starting a new location? 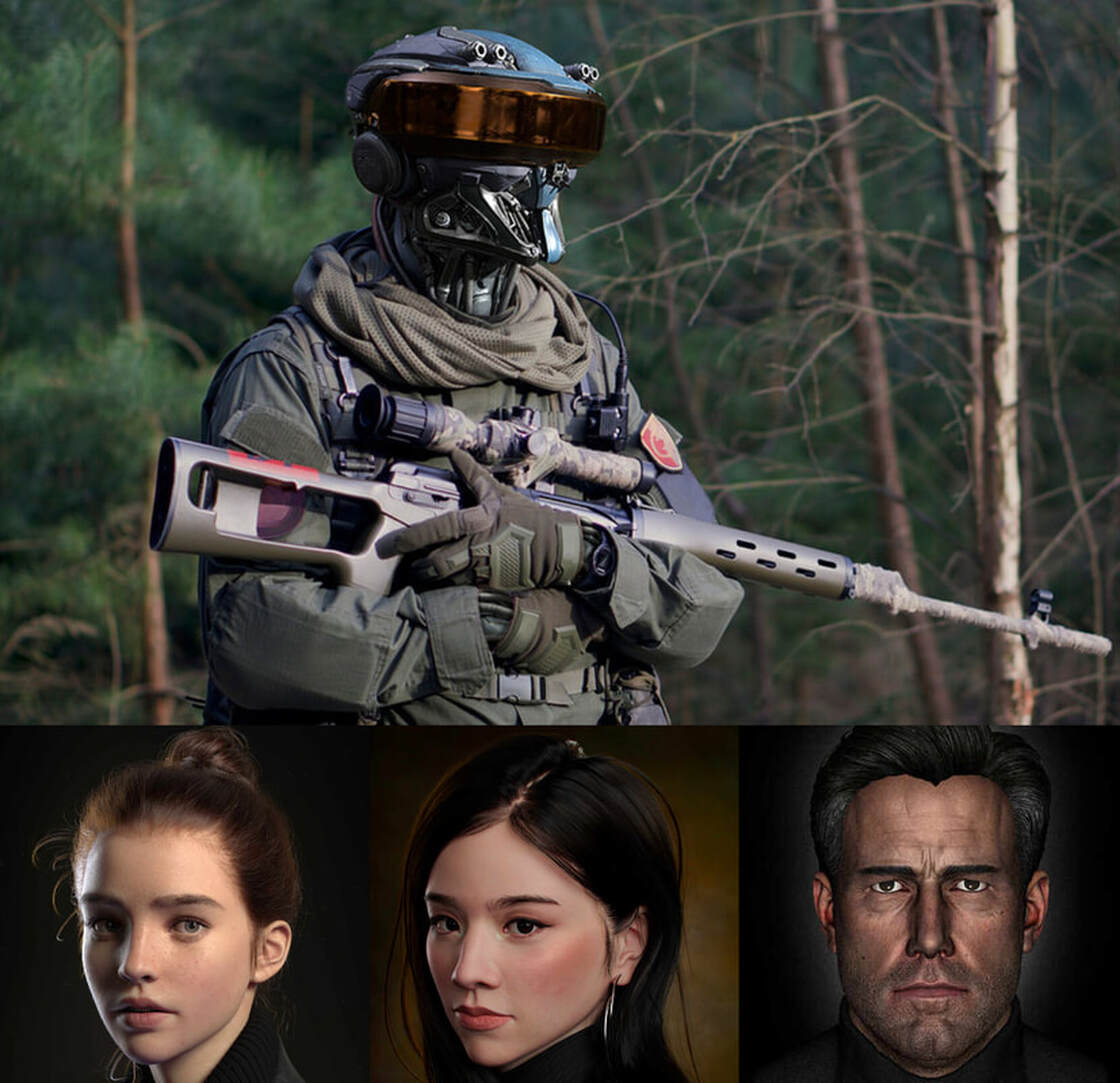 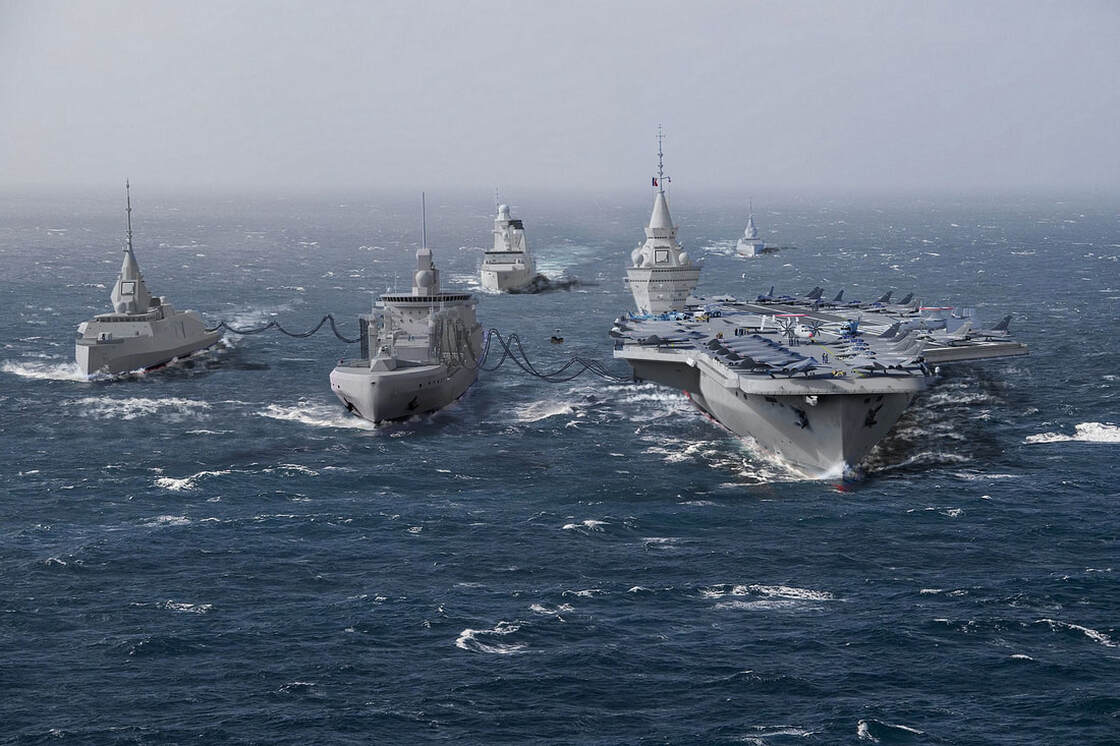 ​PROPHET BANANA IS PRIMARY FAMILY BANANA
Sword of Truth
Your primary family is listed on Mountains of Gospel and Truth and used during every baby delivery.
"It tells the Truth!" ​―​ Jehovah the Sultan of Iraq Allahu Uruk Akbar of 1888 Royal Continental and National Prussia (King Santa Claus) 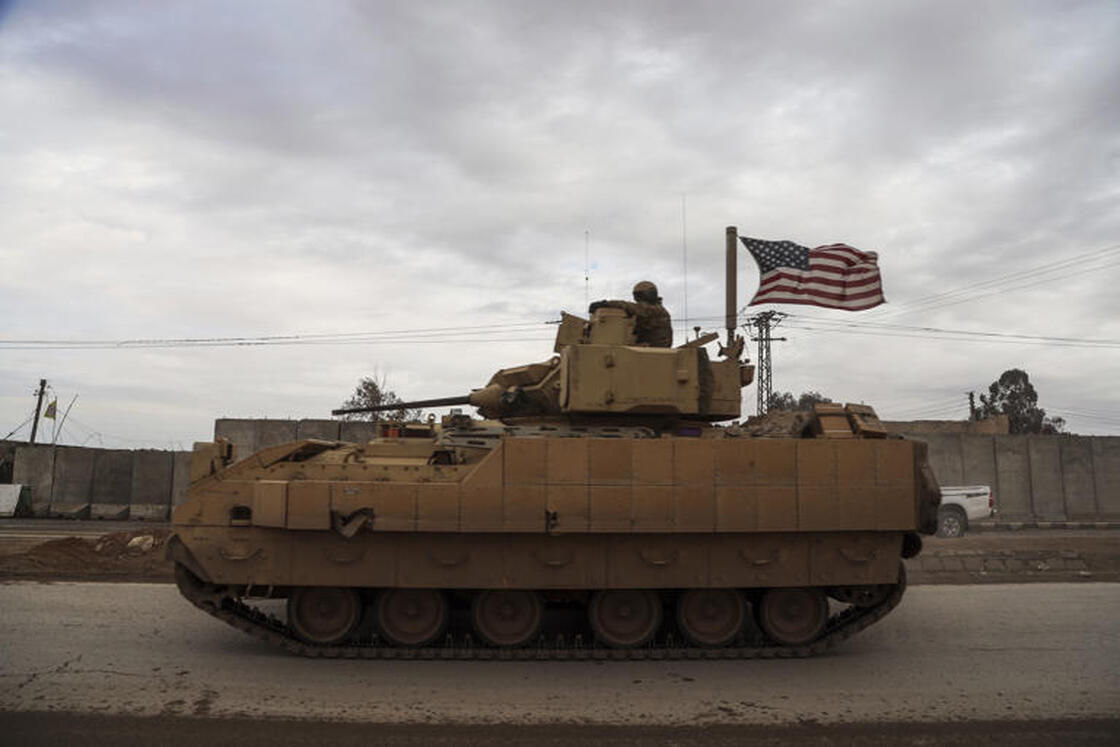 US soldiers patrol near a prison that was attacked by ISIL fighters in Hassakeh, Syria, on Tuesday, February 8, 2022 Baderkhan Ahmad/ AP © Provided by Al Jazee
JAPANESE FIGHTERS
Bushido Kamikaze!
War On Terror commonly known as War On Children and Anti-Adoptions Japanese Fighters still incarcerated and US Soldiers Patrol near a prison in Syria.
​​"U.S. Army or Japan would never fly the huge & way big American flag!"
​―​ Jehovah the Sultan of Iraq Allahu Uruk Akbar of 1888 Royal Continental and National Prussia (King Santa Claus) 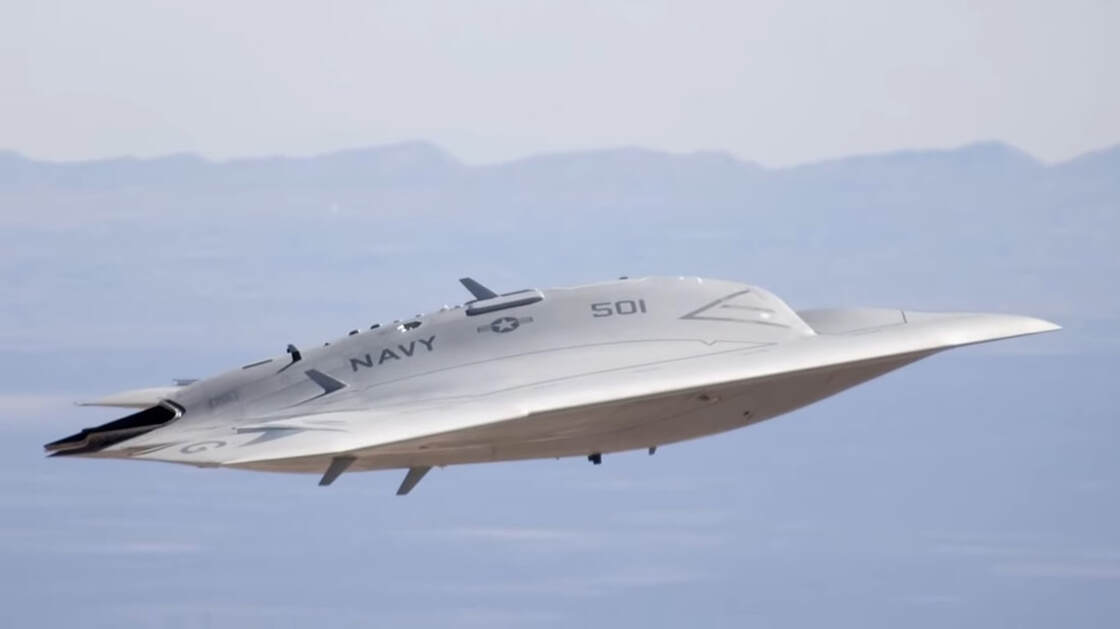 ​​​ISHMAEL PROPHET OF ISRAEL
Comparison in Smiles
I gave Ishmael his name by squishing a banana for the Sun and the Gospel wrote his name for him in the Holy Bible as my Prophet and Friend.
Iqbal Masih came into my life when I asked the question to the Sun that brought me Ishmael to come listen
"Why do dark boys smile nicer when they are poor and humble and we are rich and miserable?"
​​​― King of Royal Heaven Jehovah Hohenzollern (King Santa Claus)​​​​ 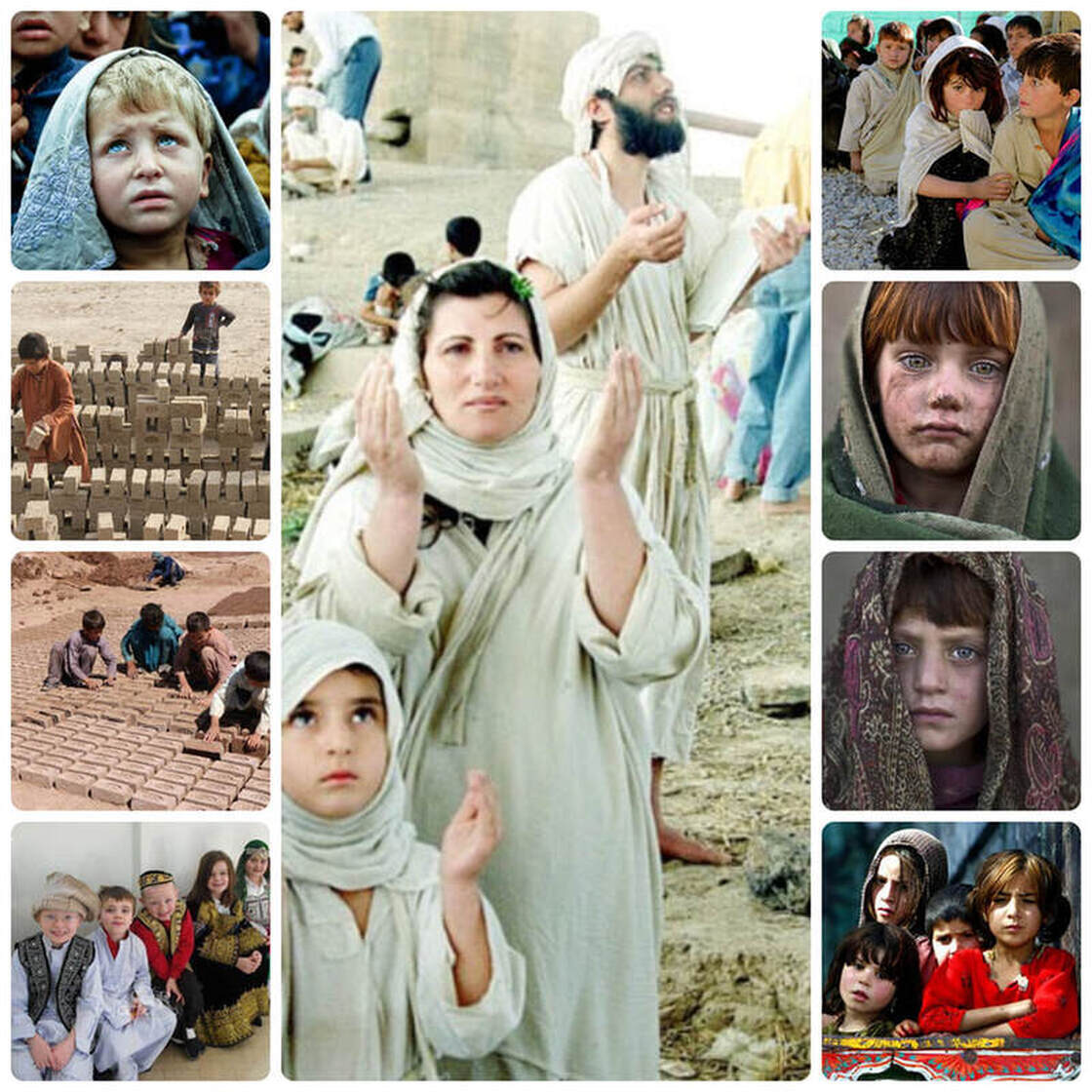 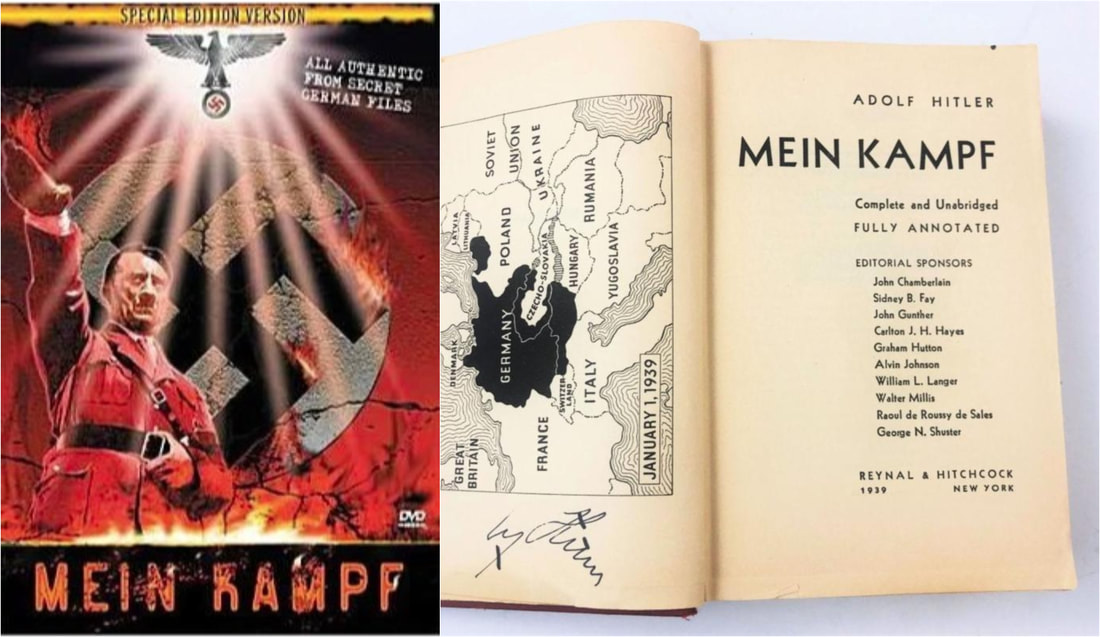 Before Holy Bible Mein Kampf My Instructions
BEFORE THE HOLY BIBLE
Thank you for Stories in Eternal Family and Life!
​Before the Holocaust, the Western world had had few lessons on these subjects. So we missed the portents of disaster: the denial of civil liberties in Germany as early as 1933, the establishment of Dachau (a concentration camp for political opponents) that same year, the passing of the Nuremberg Laws of 1935. These measures should have alerted us to the danger Hitler represented. He had made his ultimate goals clear in Mein Kampf as early as 1926: rearmament, the abolition of democracy, territorial expansion, eugenics, the "elimination" of the "Jewish threat." Mein Kampf may have been dismissed by the West when it was first published -- it is largely a theoretical text, lacking an identifiable program for accomplishing the goals it describes -- but here Hitler was taking concrete steps to realize his vision. Yet nothing was done. Even in the 1940s when the reports of death camps became available, we continued to deal with Hitler in conventional military terms; we understood war, but genocide we could hardly imagine, even with evidence before us. Even today it is tempting to close our eyes to the genocidal aspects of World War II, to view the Holocaust as the byproduct of an ordinary, though catastrophic, military conflict. The systematic effort to destroy a religious or ethnic group is a concept so horrifying that our instinct is to look away.