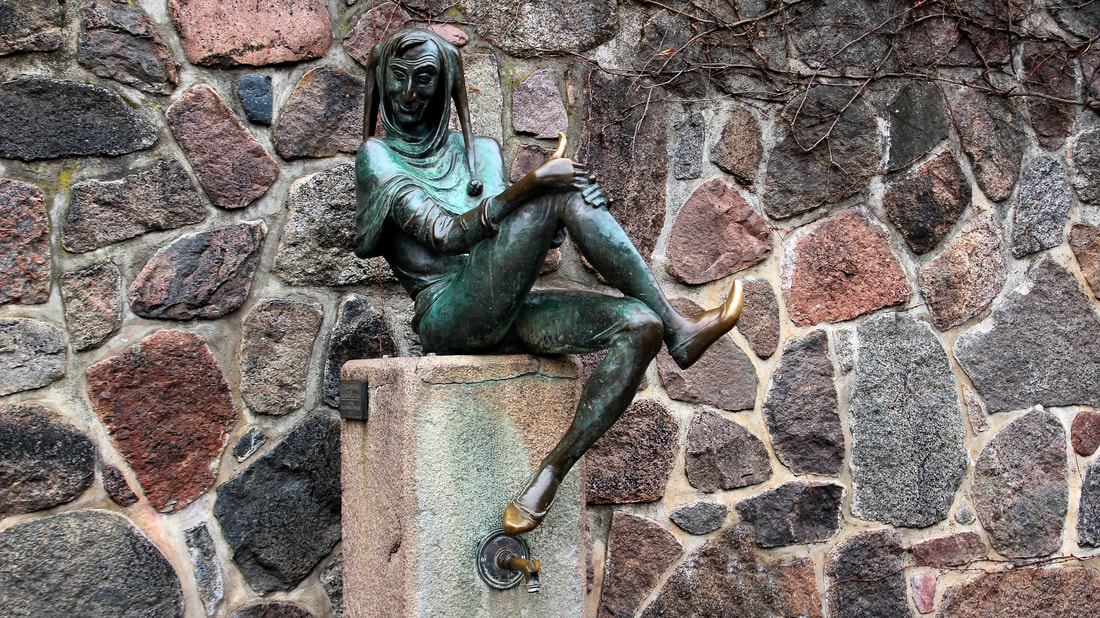 Till Eulenspiegel or Cyanide the Jester is Paraplegic Son to Jehovah with United States History our Other, Category.​ (First Statue made in our Royal Family) Till's assigned bedroom is the Prisons located down below Burg Hohenzollern Castle.
​ROYAL FAMILY OF TIME AND SPACE
​ 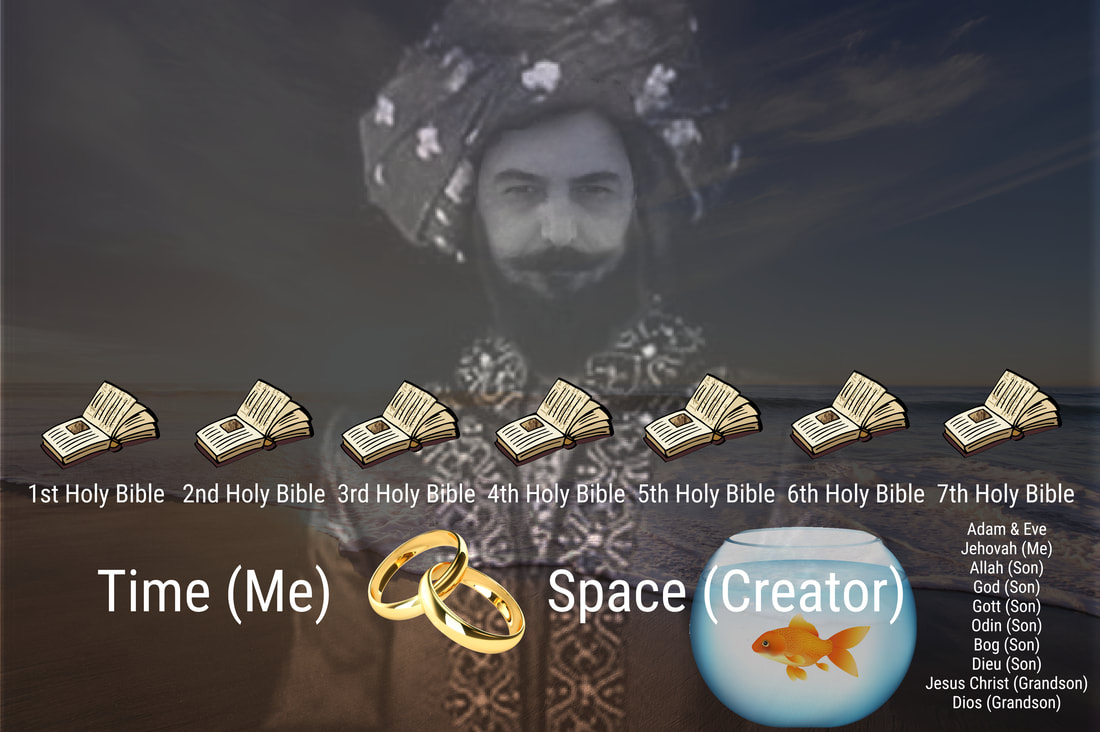 MESSIAH OF ISRAEL
​All 7 types of the Holy Bible retold since the first Pangea and 200,000 years worth of Kings and Earth's Evolution of Land is my first temporary family.

Our current and 7th Holy Bible is written about Adam & Eve and myself Jehovah (Time) and my Twin Wives Queen Heather and Queen Jenny (Harlots) and our children Princes Allah, God, Gott, Odin, Bog, Dieu and my youngest Twin Son Prince Jesus Christ and my Grandson Dios my second temporary family.

All Royal Families in the World giving me relatives is my third temporary family.

My true family is, Husband to the Creator (60 Million Years Old).
PRINCE ODIN THE GOD OF VIKINGS
​ 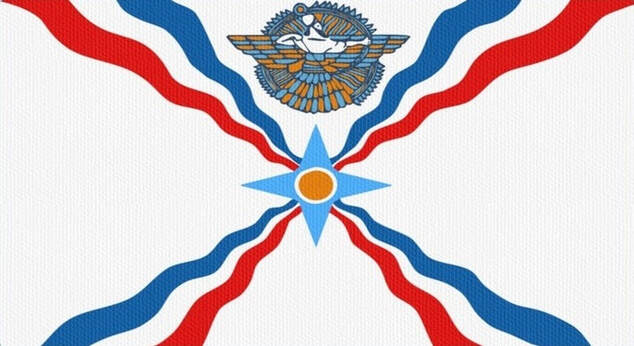 Assyrian Prince Odin the God of Vikings shown holding the Bow and Arrow.
​
​How do you stand in American Heraldry?​
​Mecca Canaan Heaven Israel Prussia Palestine Persia Assyria Europe Scotland Britain Ireland Wales England U.S.A.
Continental America stands with my continental Princes of Assyria otherwise I would have said England if it were U.S.A. Heraldry. 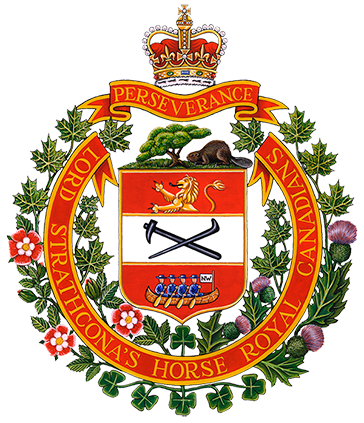 Jim found the U.S. Army soldiers stepping on blonde kids heads in California during Vietnam War cracking whips over there and also found me during the 80's but got skewered with nails by Canadian Armed Forces the U.S. Military bombed before he came back to Class.

Son Prince Jesus Christ and Grandson Dios are 1/2 and 1/4 Winnipeg born, Princes God Gott Odin Bog Dieu Allah my others sons are 1/2 Winnipeg born
and I King Jehovah the Messiah of Israel and God of Gods and King of Kings was born in Winnipeg.

City of Winnipeg is home to the first shipped edition of the Holy Bible from Biblical stories of its biblical characters from Winnipeg first printed by
the New York Times with Winnipeg also being the home to all Kosher School Buses and all Kosher City Buses across America being credited by
I Jehovah יהוה or Kiev or Kenan or Ken who provided the computer disk to form the Hebrew, Arabic and languages of India for the newest country in the world in 1985 called Israel.

Law of the City of Winnipeg for my $100,000 USD purchase of Apple Computer Inc. of U.S.A. in Canada during 1986 did not require a signature that now includes Google, YouTube and Pepsi of PepsiCo but signatures were required in the U.S. Also, I'm Cousin of Winnipeg born founder Hermann Lay's adopted to the United States of America as his Sole Inheritor by both National Property Lines and by Business Licenses and by Family Relation.
THREE DYNASTIES
​

​​​Royalty is tracked globally as eldest descendants of Ur who are Adam & Eve of the Ziggurat of Ur the first two humans.
Ur Dynasty turned into the Rurik Dynasty then turned into the Hohenzollern Dynasty.

​​
MERMAID IS SUPREME RELIGIOUS LAW
​
Above Islam I Jehovah the Messiah of Israel the God of Gods and King of Kings of the Sun with my sons of Islamic Stars Princes God Gott Odin Bog Dieu Allah are Mermaids with Pitchforks for the Sun and Piranha the deepest fish in the Sea. We do other things with you and your Scimitars.

Disney a true story of the Elves of Germany who built German Castles also included Mermaids to go along with Aladdin being Mermaid Jehovah of the Sun and his Pitchfork with his sons Mermaids God Gott Odin Bog Dieu Allah of the Islamic Stars that rule above with Flying Magic Carpets and Scimitars down to you.

​The sea if needed, can produce other than yellow haired humans and can also make red, blue, purple and even green haired baby girls or boys.​

​Our Lady of Lourdes and Our Lady of Fatima pictures taken used for Virgin Mary.

​
ROYAL FEDERATION OF RUSSIA | NIZHNY 'DISNEY' NOVGOROD
​
​​​"Build me a Kingdom for 12 Wives and all Religions." ― King Jehovah Hohenzollern 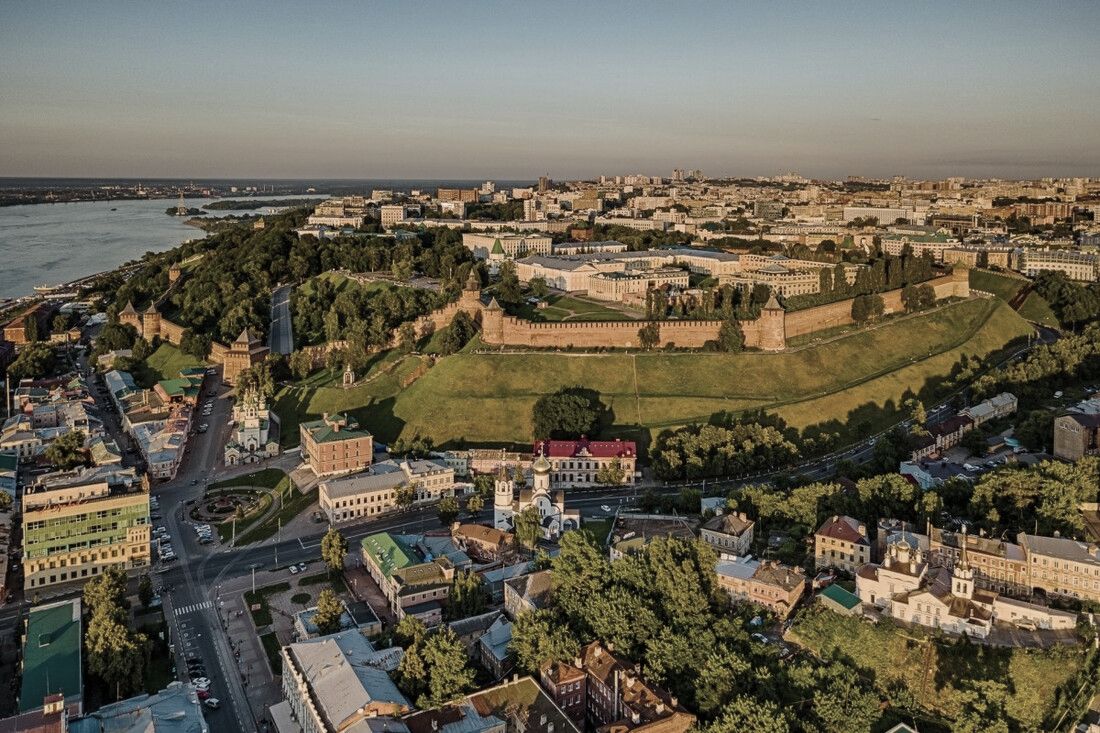 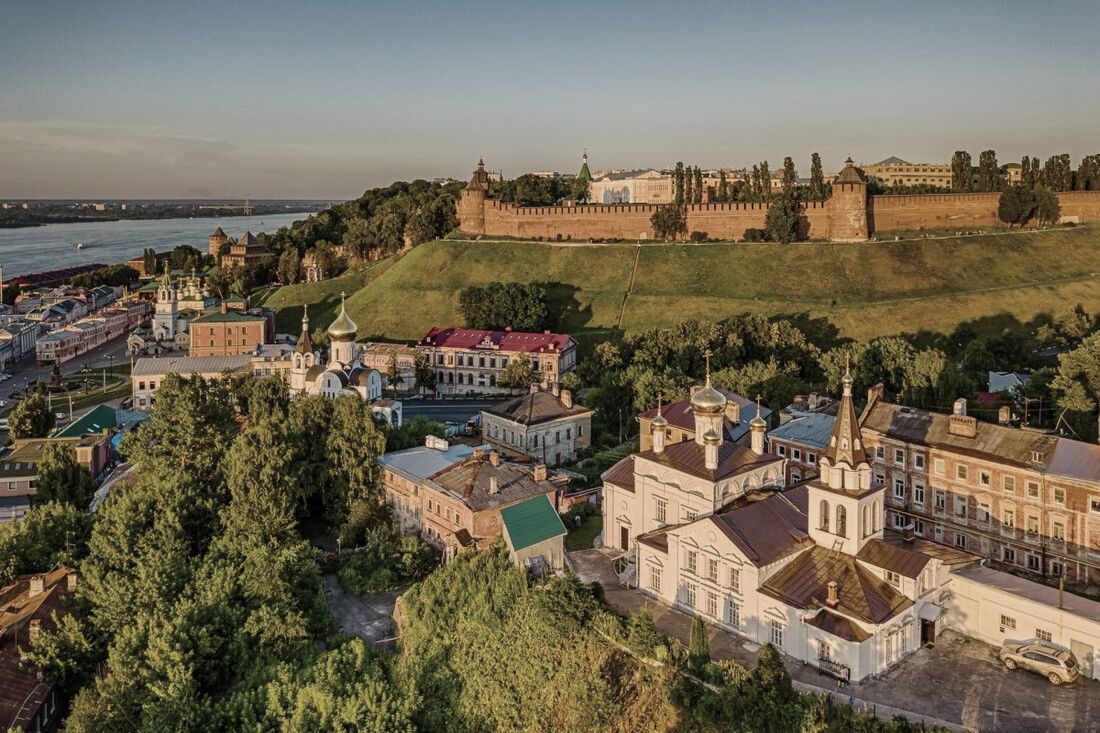 ​SECOND KREMLIN
​Nizhny 'Disney' Novgorod​ in Russia and its Fortress will be used as primary residence for I Jehovah and my Finnish chosen Queen of Russia to live because of high tourism at the Moscow, Kremlin over there. The Queen of Russia from Finland is to be just one of 12 wives granted to I Jehovah,
​the 1st Owner of Russia.
U.S. ROYAL GUARDS
​
​​​​​​RUSSIAN ROYALTY OF AMERICA
U.S. Kremlin Guards on stance for Russian Royalty of America.
Russian Royalty is 3 Dynasties of Ur and Rurik and Hohenzollern.
LIFESPAN OF KEN IN BRITISH HERALDRY
​
"Mom i'm ... years old."

The Union Jack and British Heraldry is one person I Ken with a single lion at my age of one years old and double lions for my age of two years old and so fourth. The fleur de lis and harp is mentioned because my mother a Bourbon would be the only person missing so it was included. The lion eventually became Wessex and the unicorn is Hohenzollern and this video courtesy of World Heraldry goes into this and my Navy as Union Jack means Bulk of Heraldry for my lifespan.
KING EXCELSIOR WESSEX OF ENGLAND AND MERLIN THE MAGICIAN
​ 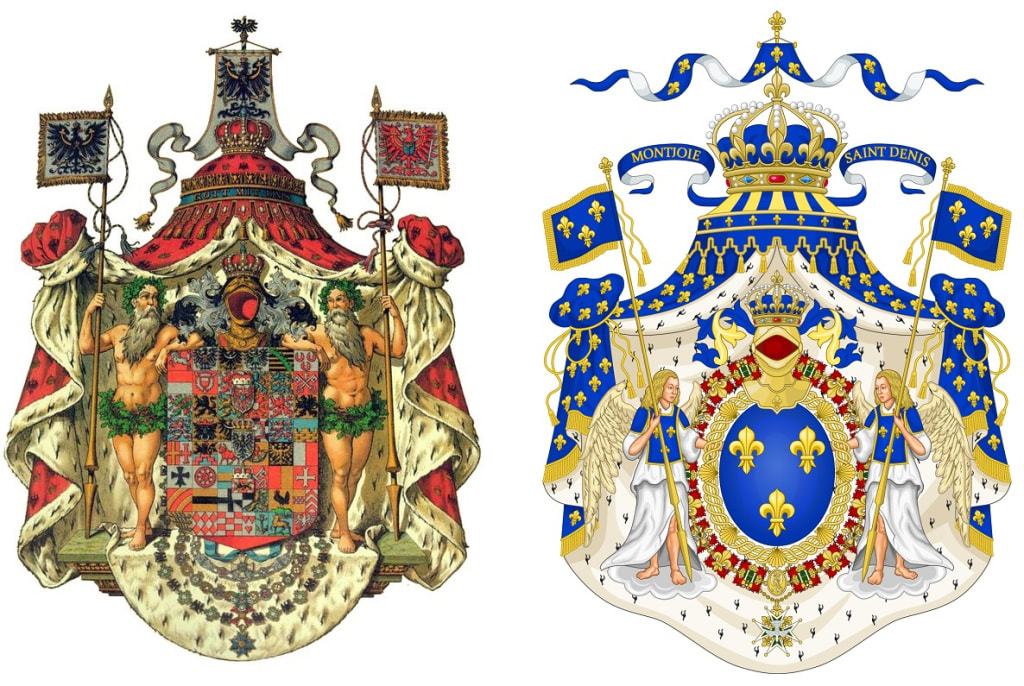 I Jehovah have special word that the Windsor Royal Family and rights to the throne of England has been completed because of the 10 Generation limitations of British Royal descendancy.

Merlin who is not yet born, is related to King Excelsior Wessex, his great cousin and descendant of his Niece down all the female lines in royal genealogy.

Also I have word that King Arthur has never existed before in history, and I am not sure if he lived in the same time frame as the Wessex Royal Family.

Northchurch, Hertfordshire on the left is a hard to find location in the United Kingdom, and is all the information I have.

UPDATE:
The Wessex Royal Family was found. I have two sons living in England who are Royal Princes.

Pochinki, Pochinkovsky District, Nizhny Novgorod Oblast and the Russian (Prussian) Coat of Arms for the Deer has something to do with
the Coat of Arms and Deer of the Wessex Royal Family of Northchurch, Hertfordshire, England.

*King Arthur of Windsor is not related to Merlin of Wessex.

*Coat of Arms of Wessex-Saxony a State in Germany, shown below.

*Hertfordshire and Herefordshire are the two Ceremonial Counties of the Kingdom of Wessex and "All Yellow Colors" connecting Wessex-Saxony in Germany to Wessex, England and Wessex-Saxony France in Newfoundland, Canada.

​*​Northchurch Manor or Schloss Nordkirchen Palace in Münsterland is the "Versailles" of King Excelsior Wessex of England and Merlin the Magician.

*The Wessex Royal Family and King Excelsior Wessex of England and Merlin the Magician are expected to be born within 200 Years from today,
​or 20 Generations down in hierarchy from my two Royal Princes in England. 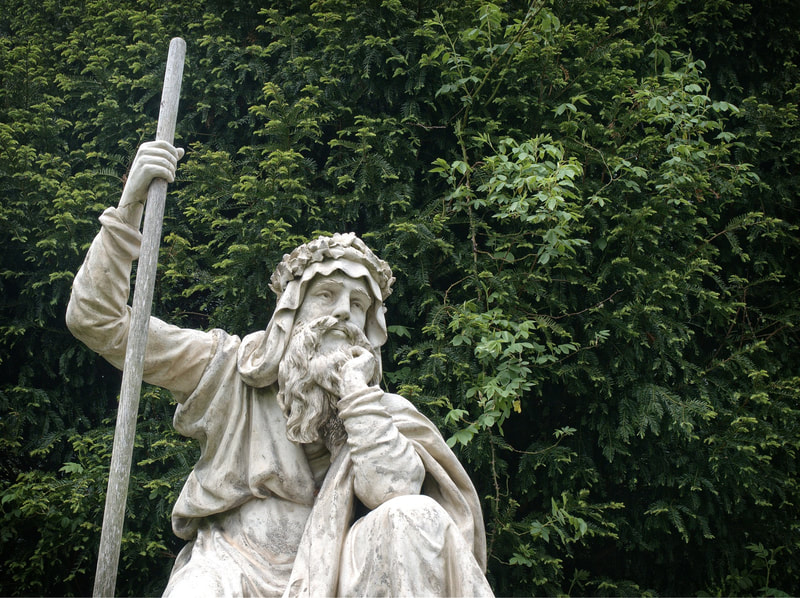 Druids of King Excelsior Wessex of England and Merlin the Magician. 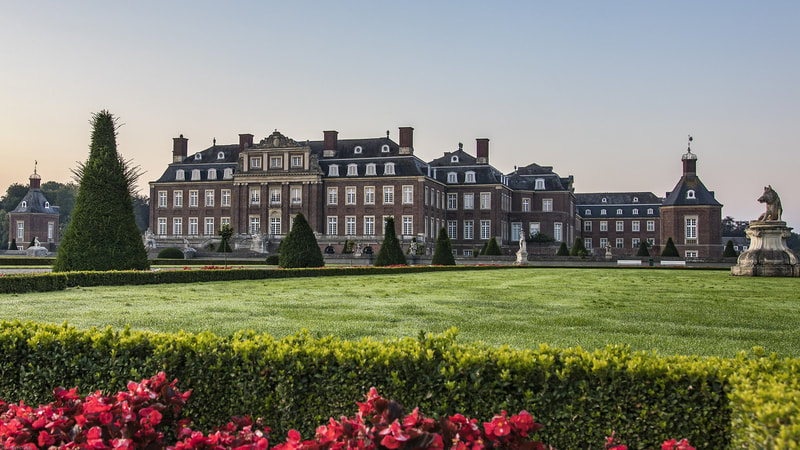 Northchurch Manor or Schloss Nordkirchen Palace in Münsterland is the "Versailles" of King Excelsior Wessex of England and Merlin the Magician. 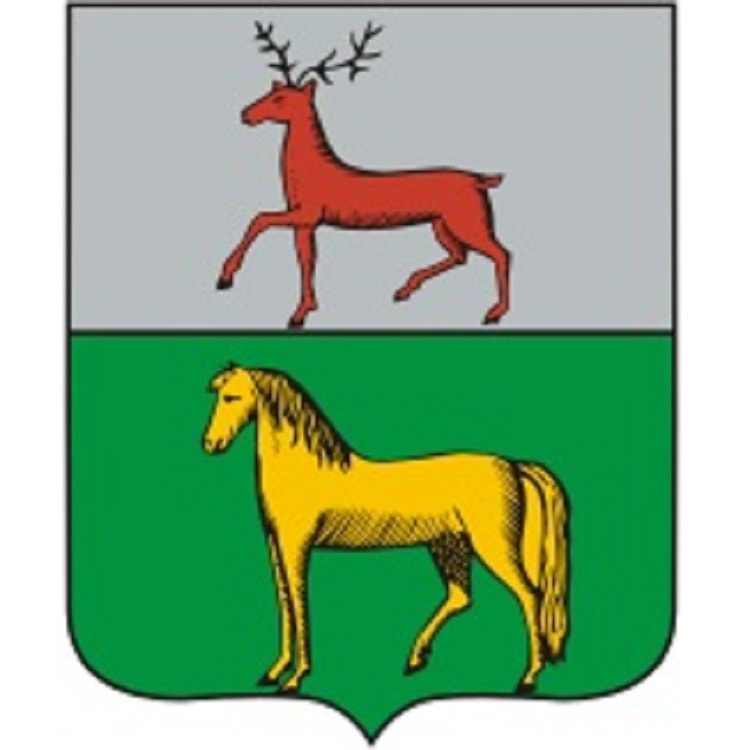 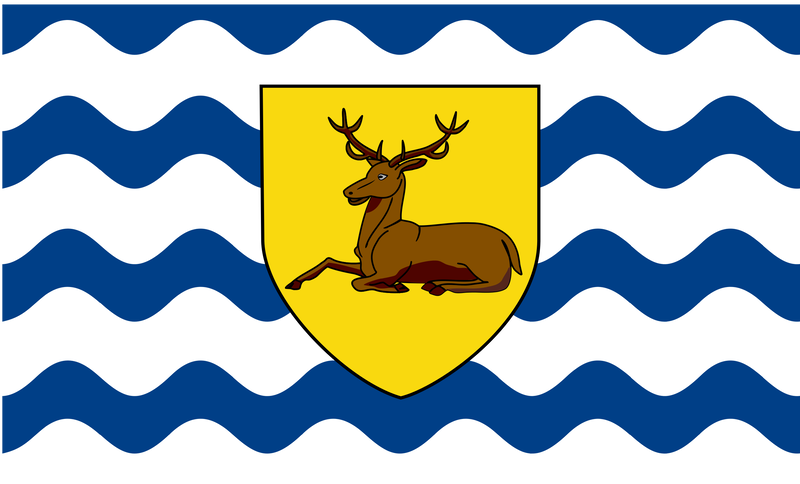 Flag of the Wessex Royal Family and Northchurch, Hertfordshire, England. 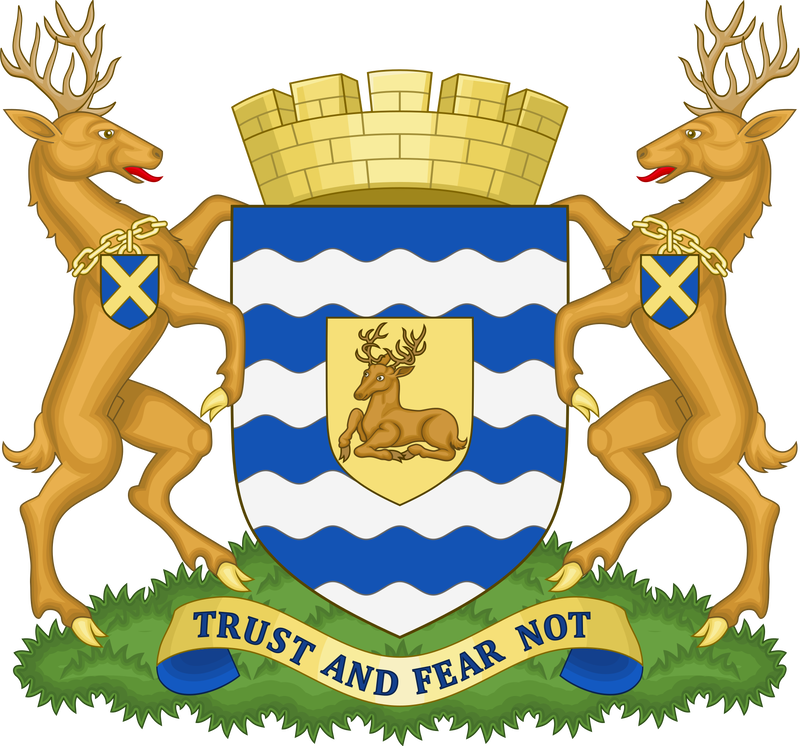 Coat of Arms for the Wessex Royal Family and Northchurch, Hertfordshire, England.

Coat of Arms of Wessex-Saxony a State in Germany. 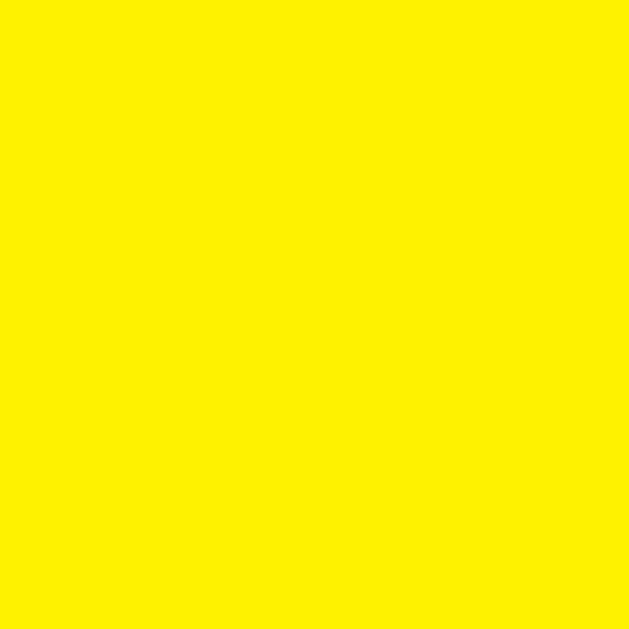 Hertfordshire and Herefordshire are the two Ceremonial Counties of the Kingdom of Wessex and "All Yellow Colors" connecting Wessex-Saxony in Germany to Wessex, England and Wessex-Saxony France in Newfoundland, Canada.

OUR RELIGION IS ISLAM
​
Jehovah the Messiah of Hohenzollern Israel was born on the second Solstice December 20, 1977 and his Islamic birthday shall be celebrated throughout the world during the Holy Solstice month of December during Ramadan, Hamas, Christmas and Hanukkah with minor mention to
the Nazi Party being a possible fifth birthday holiday celebration that should be celebrated in December as well. 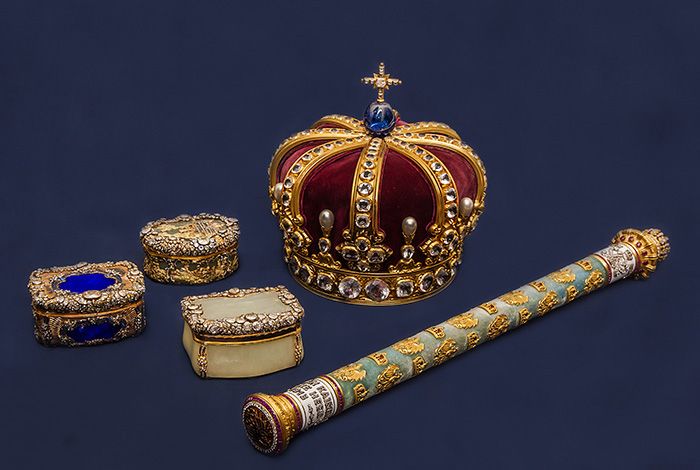 Prussia
The continental Kingdom of Prussia is ruled by King Jehovah Hohenzollern known as God of Israel, God of Babylon, God of Eden.
Title: Sultan of Prussia (Iraq)

Persia
The continental Prince of Persia is Allah the Merciful their eldest twin son.
Title: Shah of Persia (Iran)
​
Assyria
Their continental and national 1,212 Twin Princes and Princesses of Assyria are named for most Deity in the world including God Gott Dieu Odin Bog from Norse and Slavic mythology.
Title: Malik of Assyria and Malikah of Assyria (Iraq)

Royal Blood Type
Messiah of Israel Jehovah Hohenzollern has tested positive for the blood type known as Golden Blood (Rh_null) meaning no blood type found with about 10 people remaining on the Earth having the same, and is the rarest blood type in existence. Blood types run top-down A-Z.

Punishment of all Religions
Messiah of Israel Jehovah Hohenzollern and his Kingdom of Israel has forever Punished all Religions Islam Jewish Catholic Christian by canceling
all your Baptismals because of Chemicals prescribed by Healthcare workers in his rare blood type called Golden Blood (Rh_null) causing Disease. 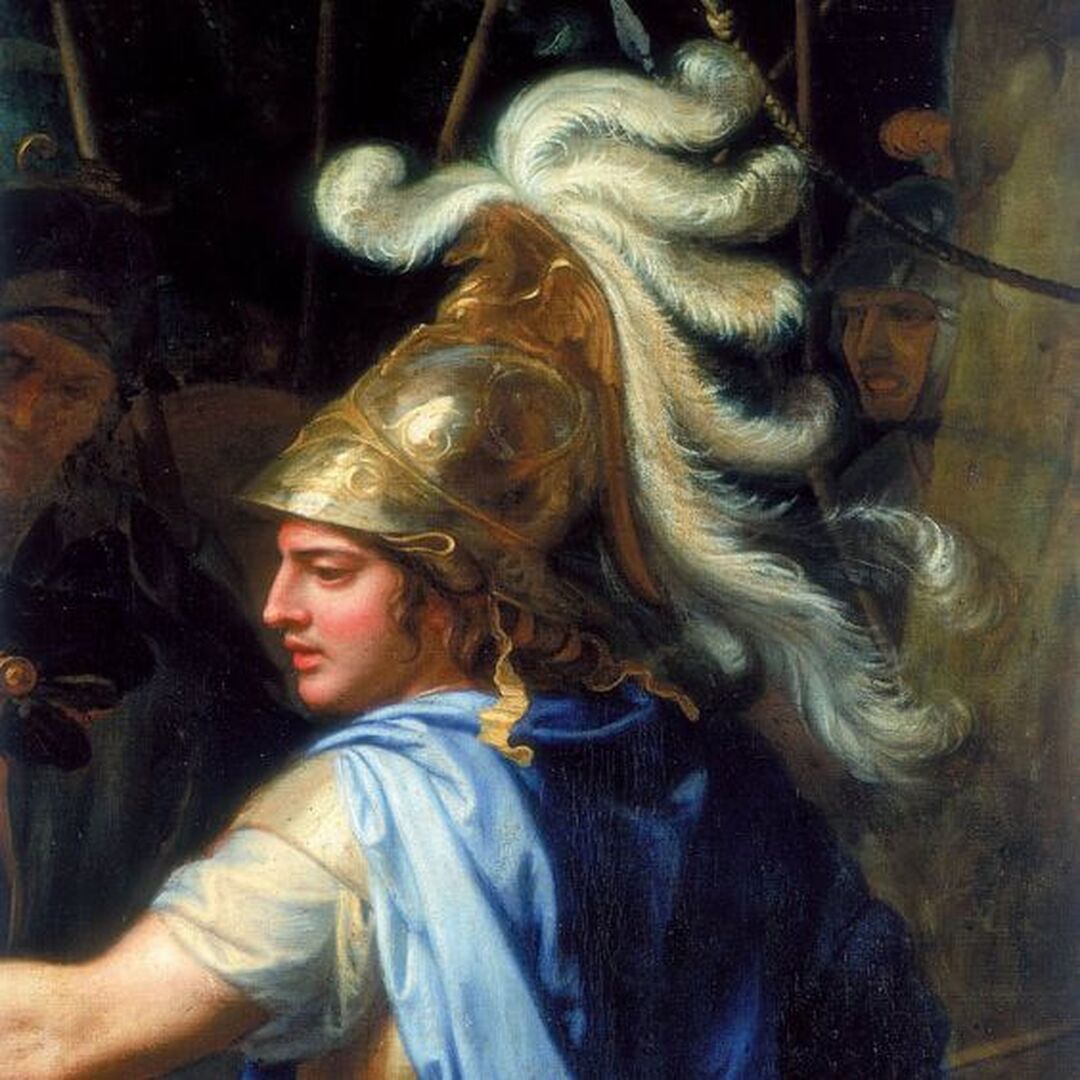 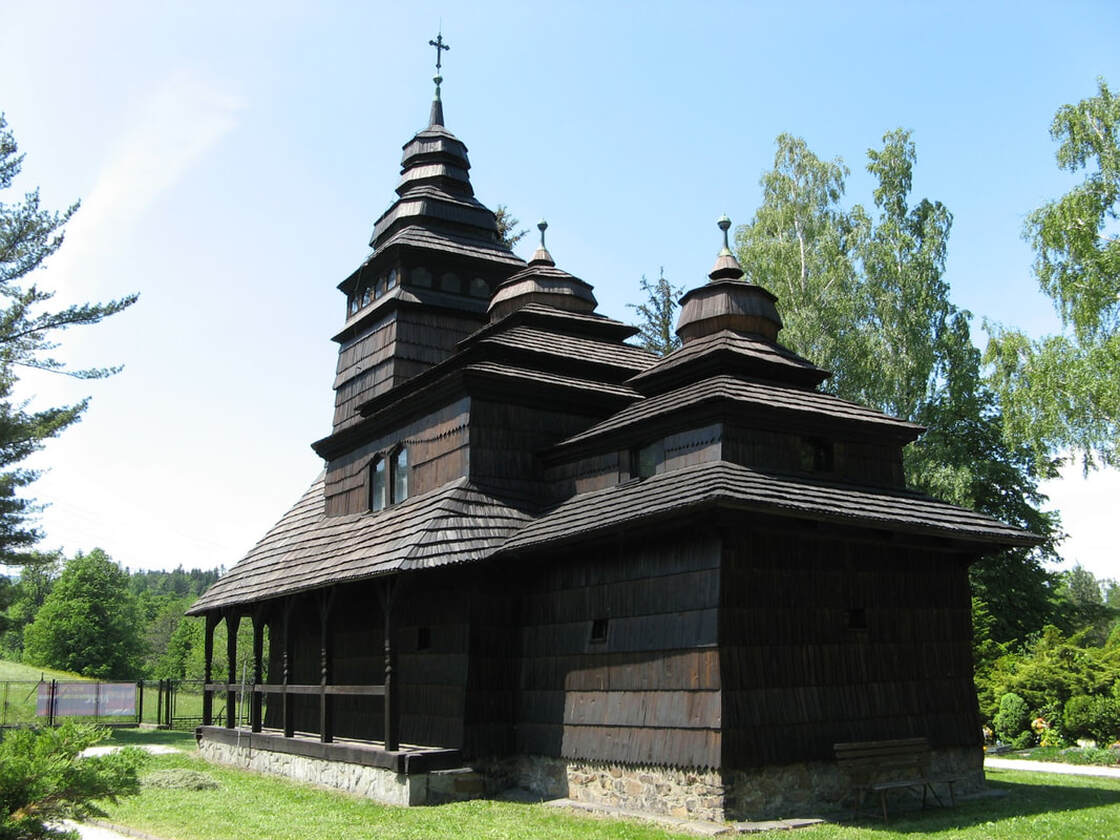 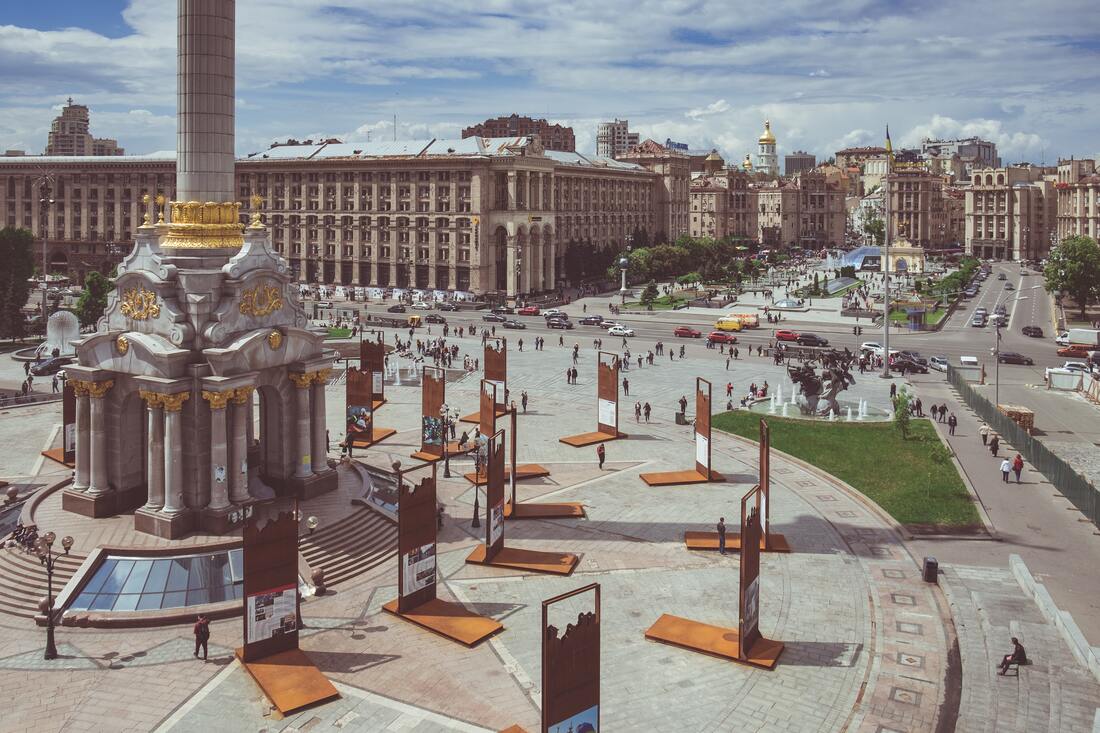 READY STEADY HOUTHI (SPOON)
KING OF ISRAEL
​In Church is where you shall learn about your local Mayor and Houthi for Global Law Enforcement.

CHERRIES AND BANANAS
KING OF ISRAEL
Kingdom Hall of Jehovah's Witnesses and Mecca is Church of Cherries and Vatican is Church of Bananas that all come in
​the same Sundae Bowl of Heaven.

ALL SORTS LIQUORICE AND CHOCOLATE CHUNK
KING OF ISRAEL
Church of Christ is All Sorts Liquorice and Ruthenian Church is Chocolate Chunk included in
​the same Sundae Bowl of Heaven.
IN LOVING MEMORY

Prince Jesus Christ the Youngest Son to King Jehovah from Twin Wife #1 (Heather the Harlot) with Marriage to Jehovah's Youngest Twin Daughters from Twin Wife #2 (Jenny the Harlot) Jesus's Twin Sisters and Wives are mentioned in the Holy Bible on his Left Cross and Right Cross.
​​POPE HOMEWORK ONLY

Jesus is saying, "to the future in memory"

​Does this mean we can travel to Heaven Time and Past at will?

Answer: Yes, In Loving Memory.
We may go only to Heaven (1) Time (4) Past (3) but we are not reversible in Memory (2) because it already happened and is permanently had in History.

​Those handful of us who claimed Skipping South as our claim to fame is our trademark in success who all became Presidents Billionaires
and Rich individuals including I myself the King.