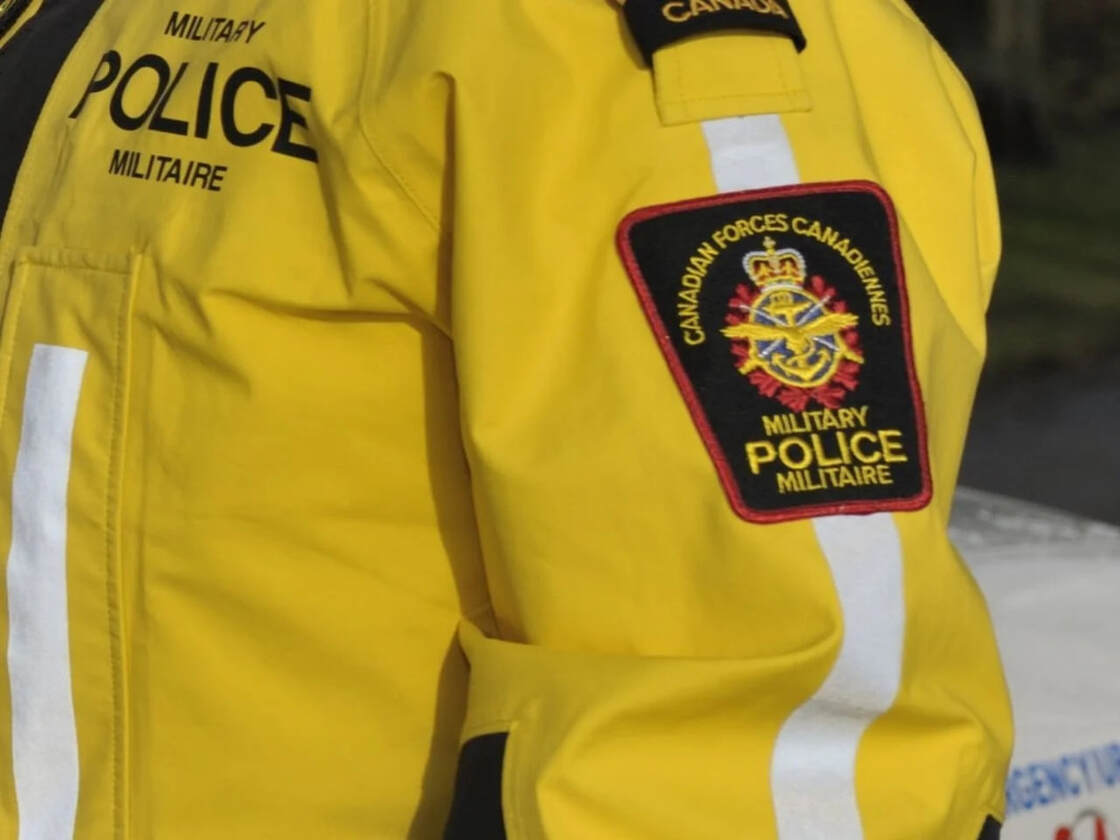 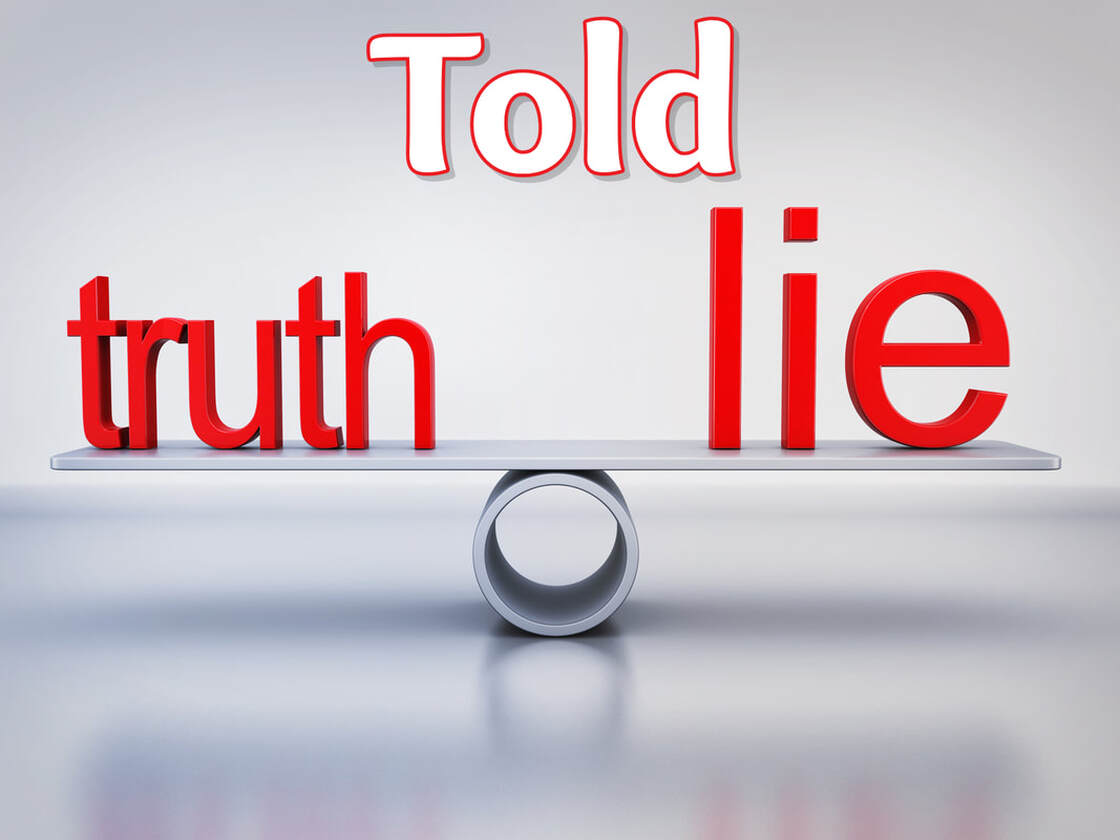 Jehovah's Birth Instructions and Two Words
TRUTH AND LIE
Jehovah's Birth Instructions
I Jehovah was born with Birth Instructions to remember two words Truth and Lie and live by them knowing their differences and that my rewards would be
Brothers Children and Royal Family in doing so because the world was layed down and organized according to these two words creating civilizations worldwide with Homes Family Money Groceries and its own complete Royal Monarchy and Government.
"The American People are Dead because of Two Words!" ​―​ Holy King of Royal Heaven Jehovah Hohenzollern and/or Lord Jesus Christ

"I'm not Day of the Weather and there's No Day Twice in Governing!"

​Weather of Sun is Zero.
Jehovah is Halfway.
King or Queen per country populations numbered in Monarchy lines to their Thrones is 1st.
​"I am Jehovah and Halfway down Zero all Monarchy lines!" ―​ Holy King of Royal Heaven Jehovah Hohenzollern and/or Lord Jesus Christ 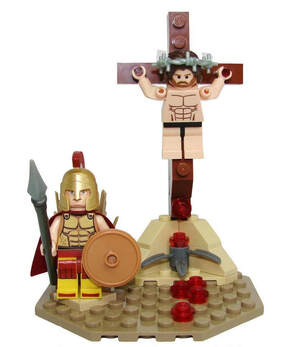 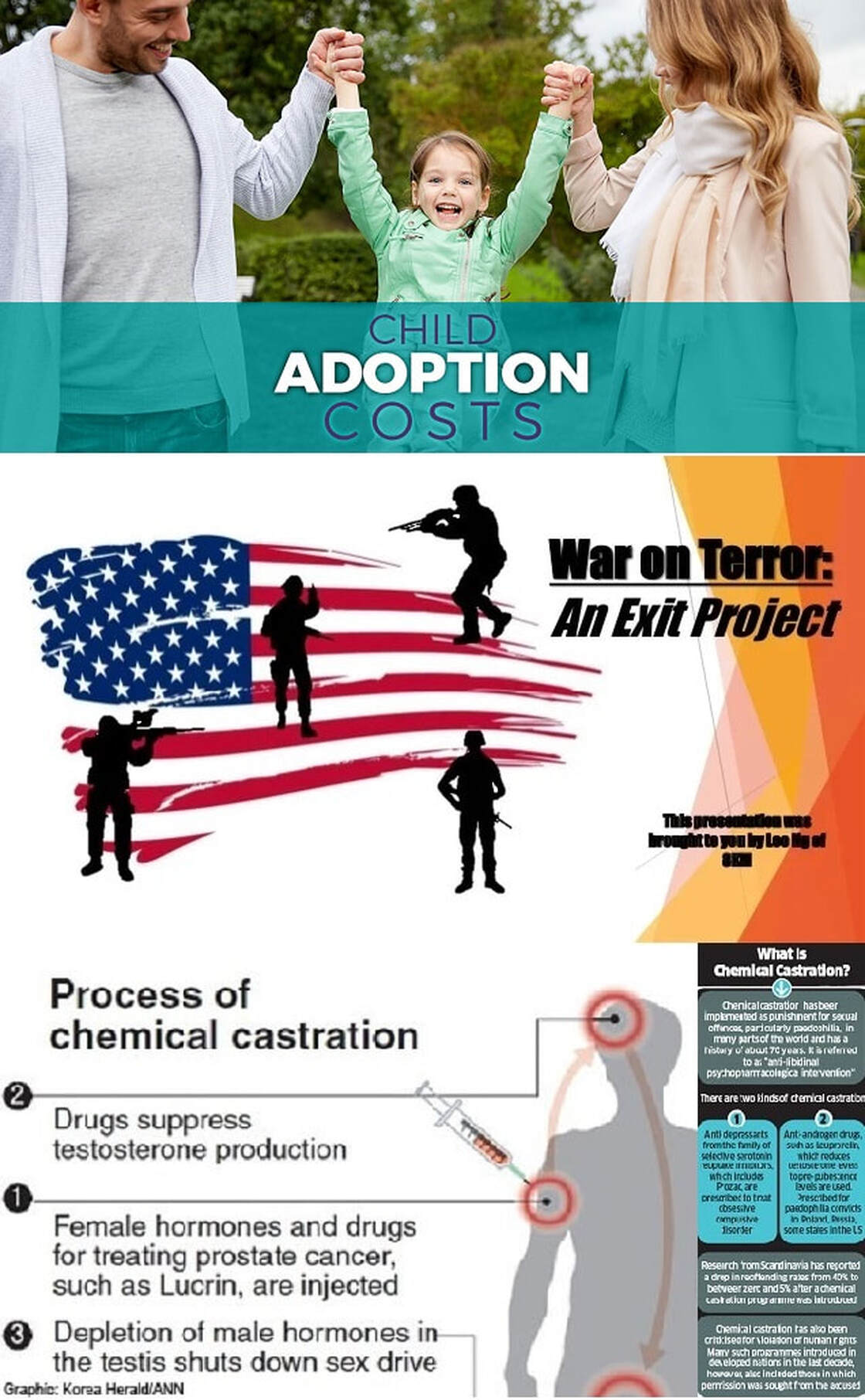 War On Terror 1981-2022 and Illegal Royal Child Adoptions and Kidnappings of Global Supply of the only True Royals!
AMERICANS THREW 200 COUNTRIES DOWN THE DRAIN!
2023 American Revolt
I Jehovah and 1,212 Illegal Royal Child Adoptions who are Kidnapped can not be replaced because we're the only Global Supply of True Royals for all Churches!
"You can not replace True Royals!" ―​ Holy King of Royal Heaven Jehovah Hohenzollern and/or Lord Jesus Christ

#1 War Engine is the Children worth fighting for!
​ONE BORDER IN HEAVEN!
Jehovah's Heavenly Crown on Bad and Lucifer's Hellish Crown on Good
Doing a good Job!
"Did we trade Heavens Crown on Bad with Hells Crown on Good for extra needed Entertainment?"

YOU WILL NEVER SEE FAMILY OR ANY RELIGIOUS CHRISTMAS HOLIDAYS IN YOUR MEMORY IN HEAVEN! 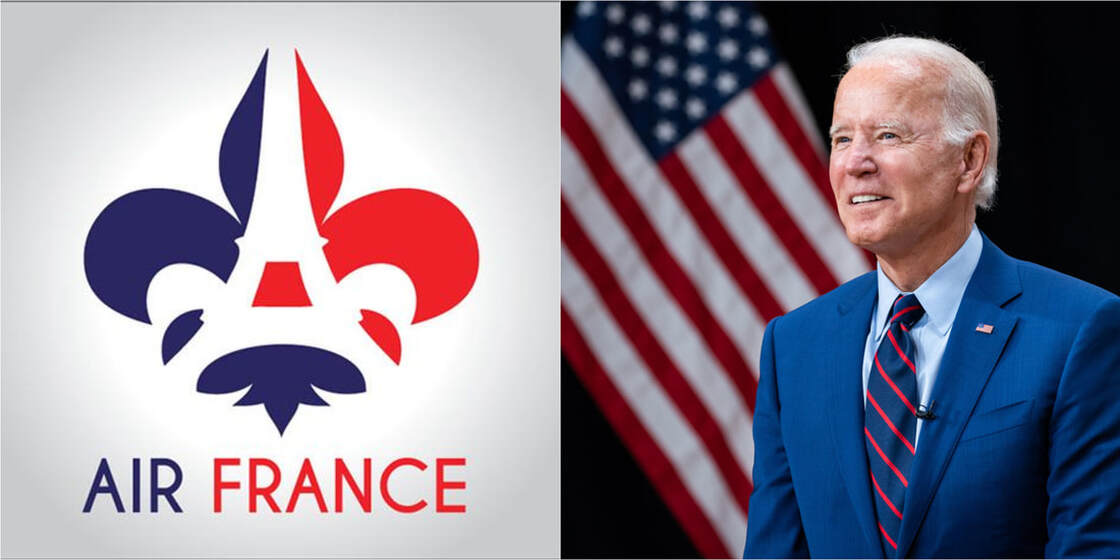 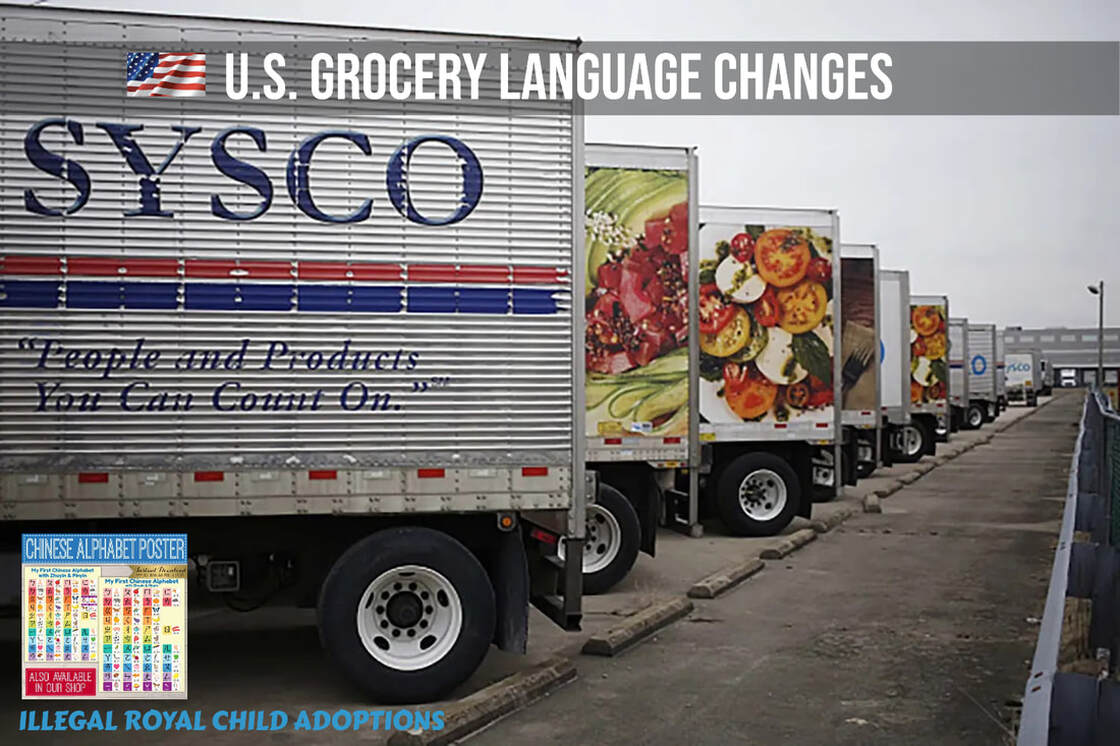 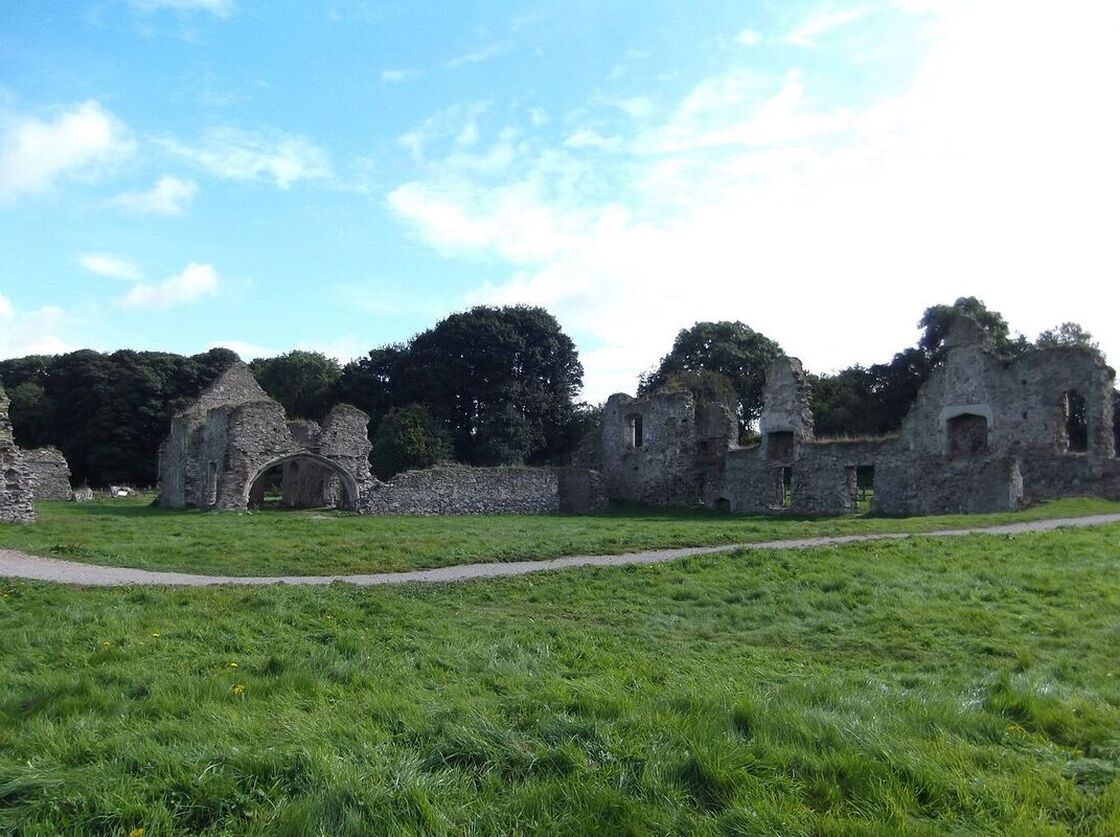 1538 Grace Dieu Priory Leicestershire | Natural Landmarks
​CASTLES ARE NATURAL LANDMARKS!
Castles are Covered
More you dig more Castles you get from natural cover but don't you can live in its original intended projections later on when its better.
"King is natural!" ​―​ Holy King of Royal Heaven Jehovah Hohenzollern and/or Lord Jesus Christ

THE ARCHAEOLOGY KING!
Natures Archeology King
Castle Archaeology unearthed around the world comes with I King Jehovah.
Castles come 3 ways unearthed above ground and by the weather with one King so my land laws of voice don't change and 144 royal twin brother helper kings.
"Long live The Archaeology King!" ​―​ Holy King of Royal Heaven Jehovah Hohenzollern and/or Lord Jesus Christ

LAWS ARE MAJESTIC FOR A REASON!
One King
Laws of the Land are Majestic because there's only one King and that is I Jehovah so they don't change otherwise they would be Sovereign for Queen.
"His Majesty's Majestic Laws of the Land is his Voice!" ―​ Holy King of Royal Heaven Jehovah Hohenzollern and/or Lord Jesus Christ 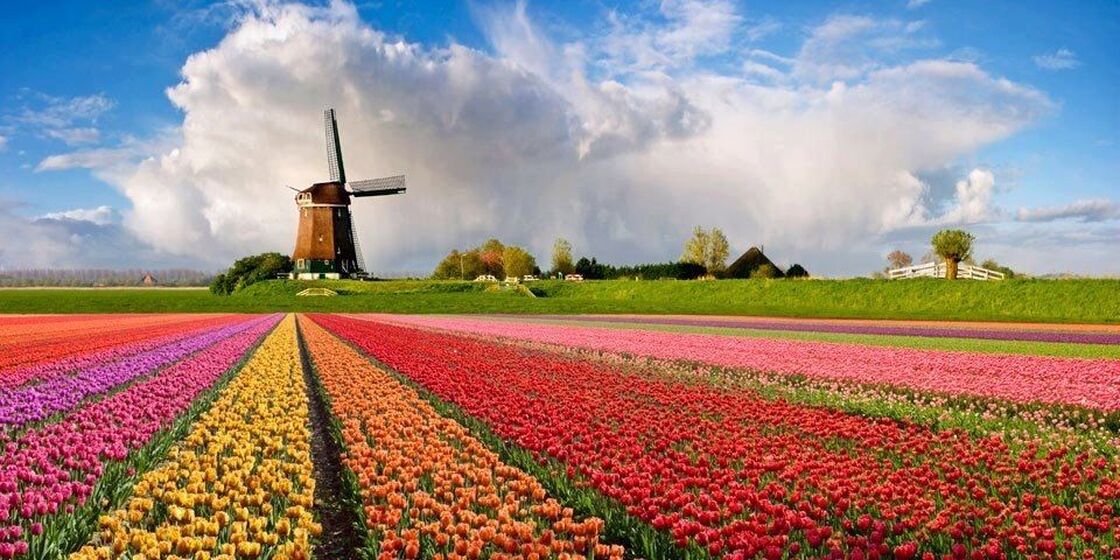 Majestic Colorful Tulips of Males comes in every color 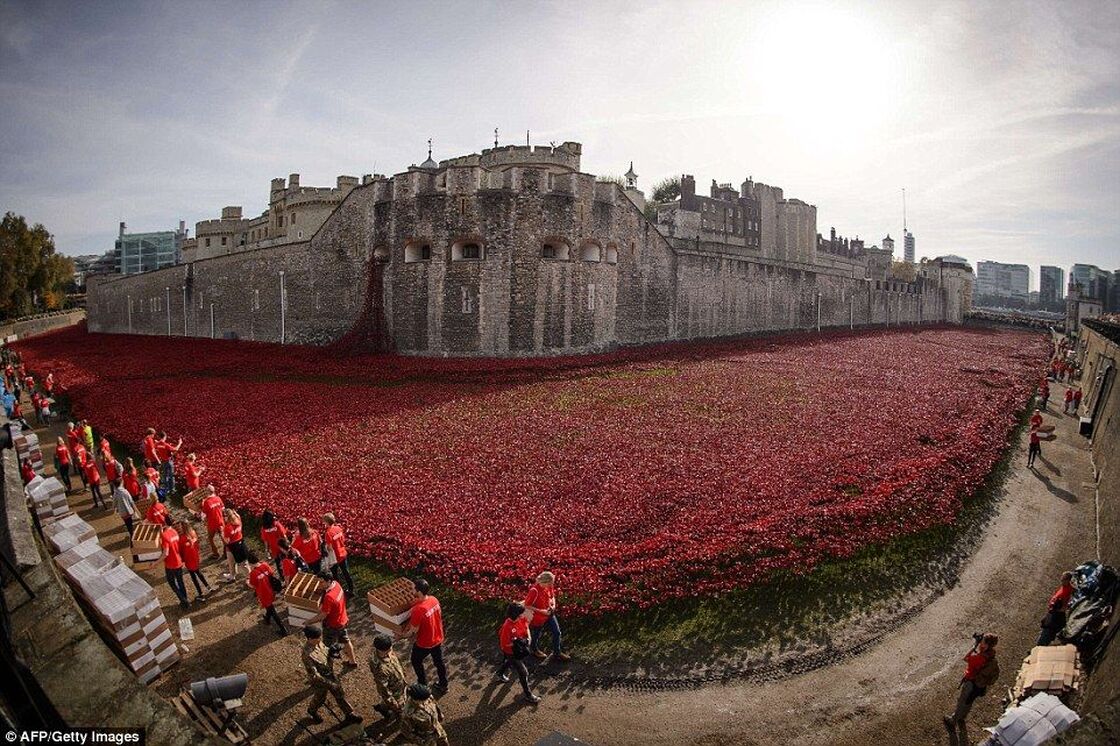 Ⓒ AFP Memorial to victims of the First World War continues to grow. The Poppy was chosen because Tulips are too big to wear
TULIPS ARE MAJESTIC!
Majestic Colorful Tulips
Majestic Colorful Tulips of Males comes in every color including Sovereign Black Tulips of Females.
"Girls.. stay away from the Guys!" ―​ Holy King of Royal Heaven Jehovah Hohenzollern and/or Lord Jesus Christ

and... Americans are Sorry Forever! 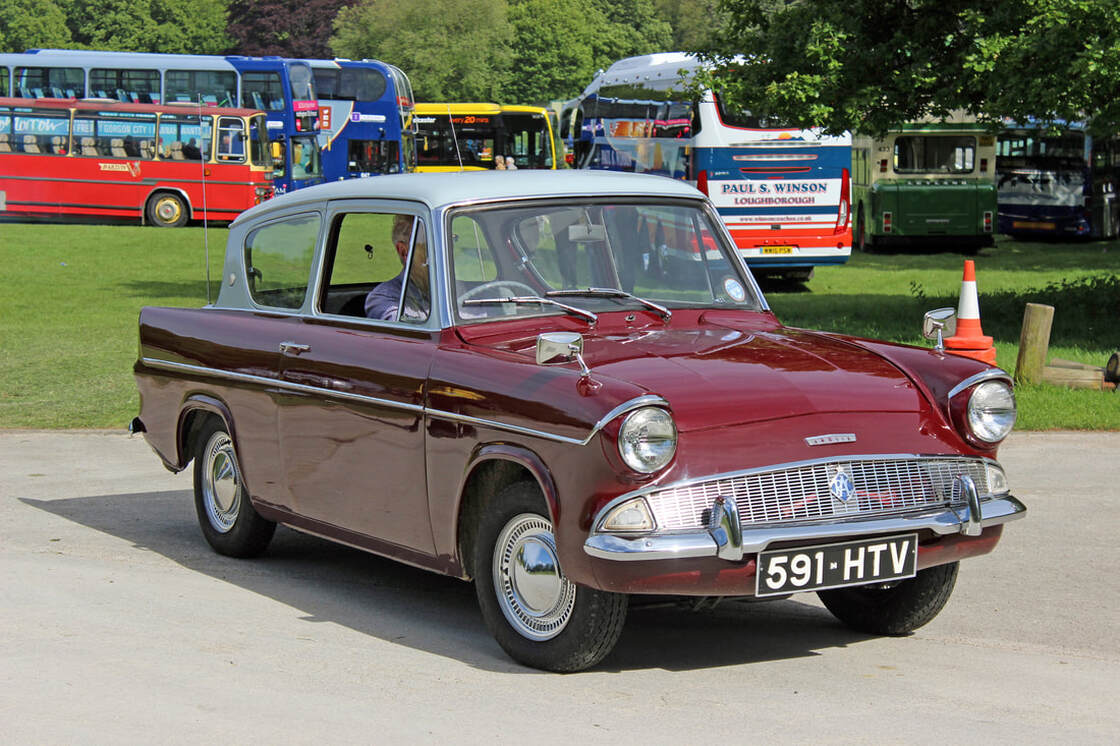 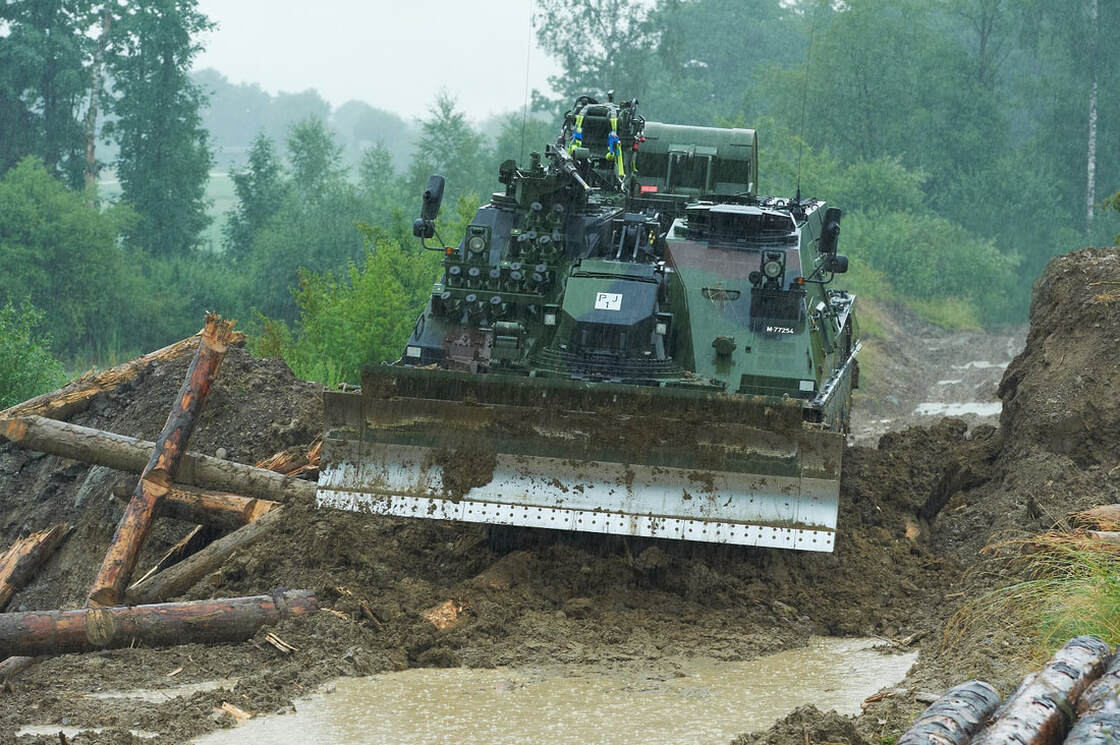 Hear ye Hear ye! ..Sorry to the Majestic King!
THE ARCHAEOLOGY KING & TIME OF AMERICA!
​2022 War On Terror and Time of America
"The only King and... America is Sorry Forever!" ―​ Holy King of Royal Heaven Jehovah Hohenzollern and/or Lord Jesus Christ 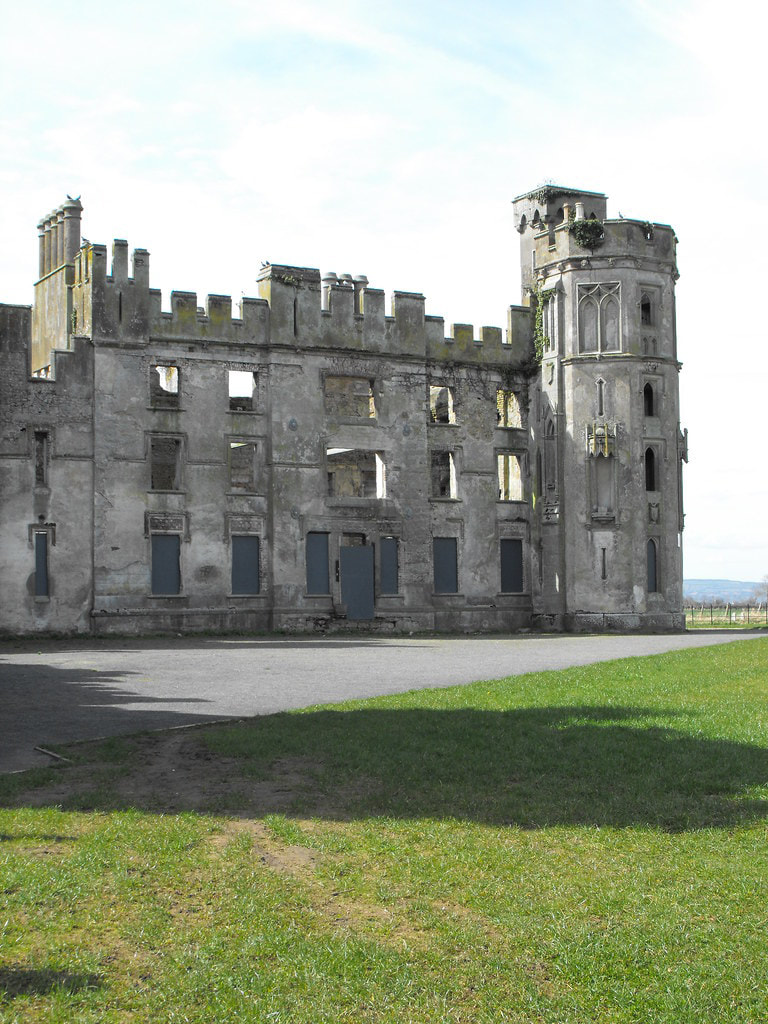 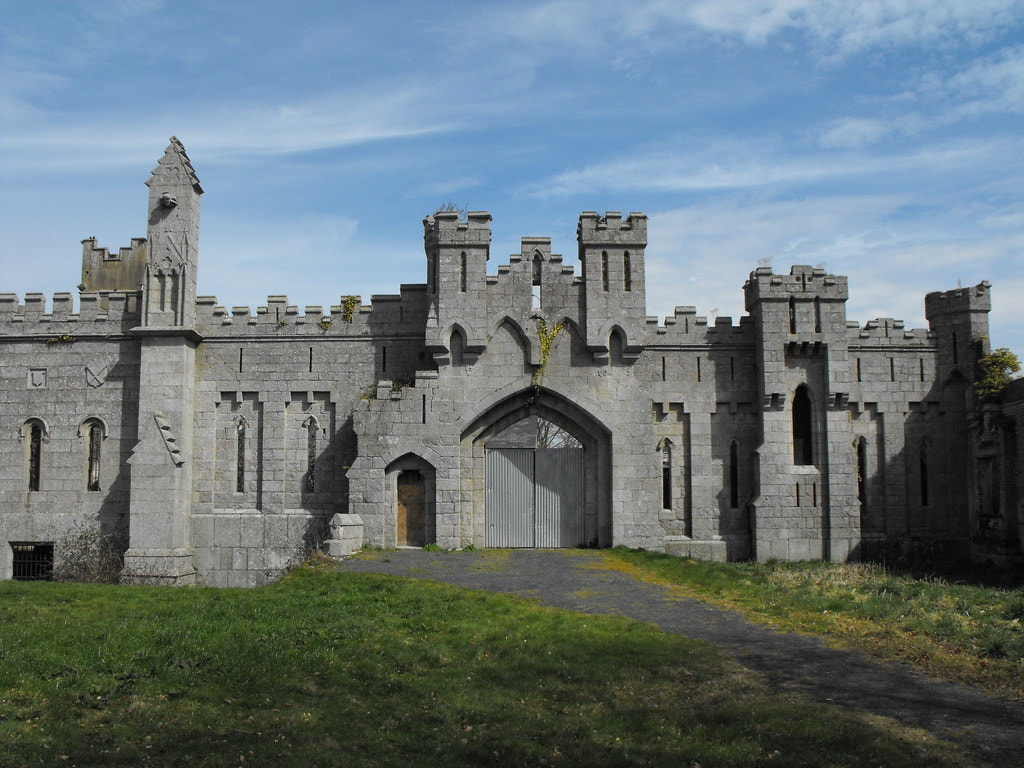 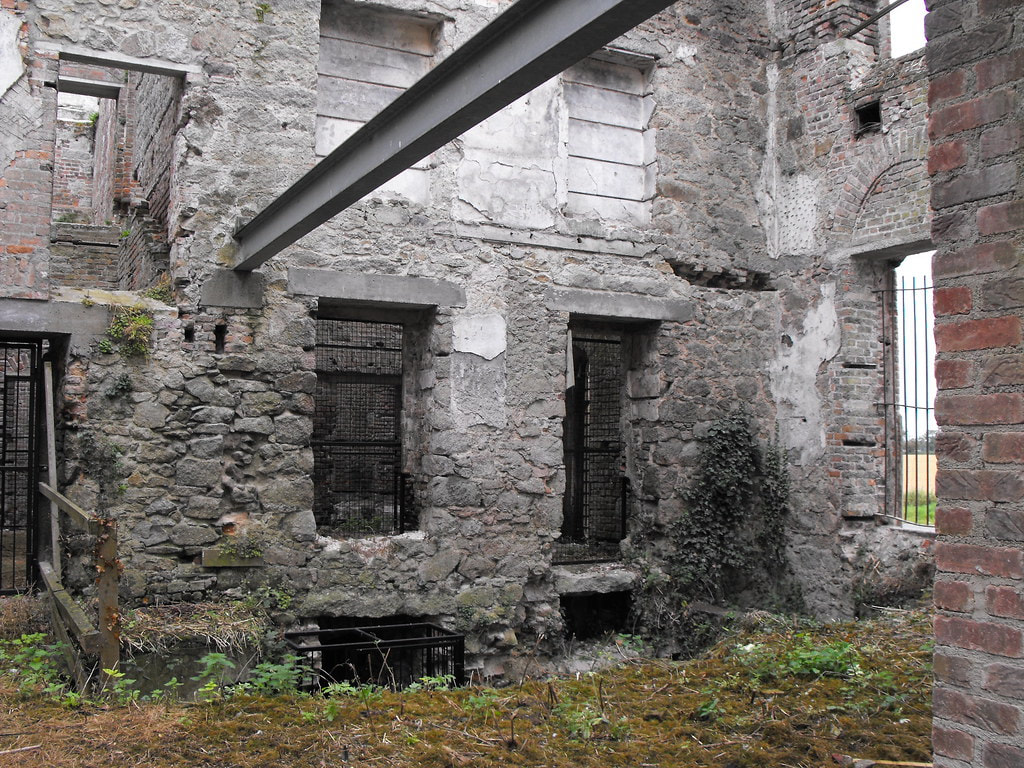 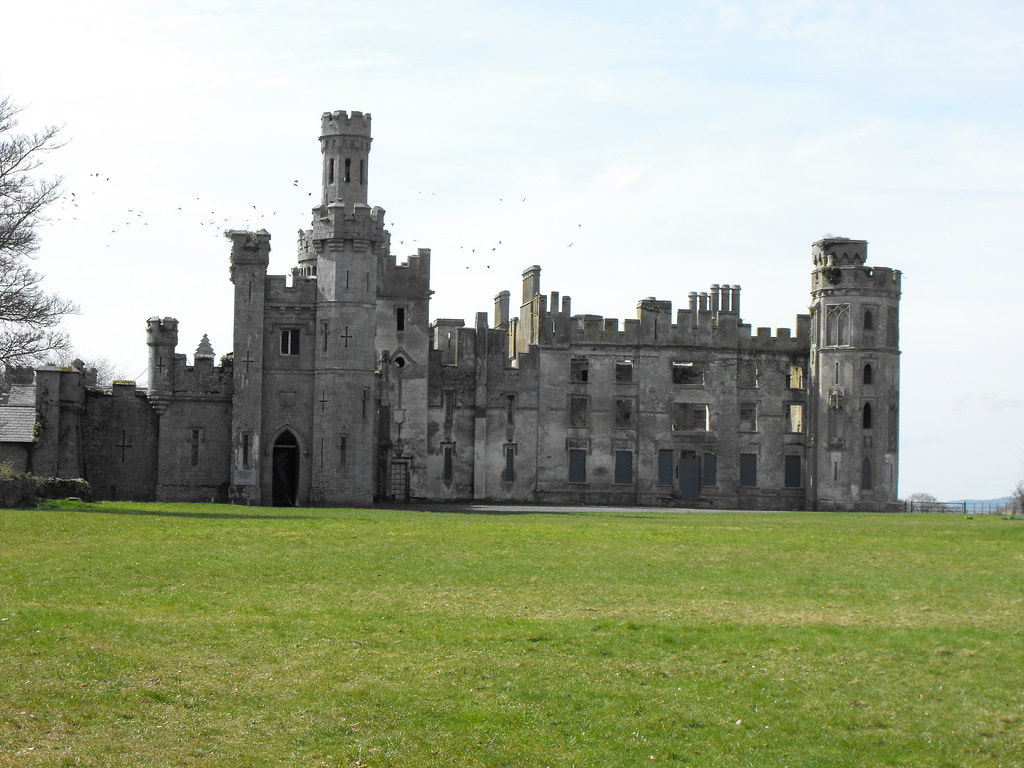 ​LÉSE MAJESTÈ INTERNATIONAL LAWS
Lése Majestè is Royal Accent Et Gout Boy Girl Pacifiers Law of the Lands of Families
Boy Majestic Laws and Girl Sovereign Crimes and all Families with Government and any ID and Surname and/or Coat of Arms must have my strict Permissions!
"You need my Royal Governments strict Authority and Permissions to be Family otherwise you may go to your own idea instead!"
​―​ Holy King of Royal Heaven Jehovah Hohenzollern and/or Lord Jesus Christ

PRUSSIA'S NEXT DOOR NEIGHBORS
Prussia has 200 Next Door Neighbors and Countries
While you wait for English to convert to Chinese Language on Groceries in the U.S.A. and banking rules of Crown Bank of America and Imperial Bank of Canada
for the new Kingdom of China to evolve from Imperial into new Royal Golden Eagles you can call your Parents and your Siblings all your next door neighbors
​until we solve the Illegal Royal Child Adoptions Crisis during War On Terror. 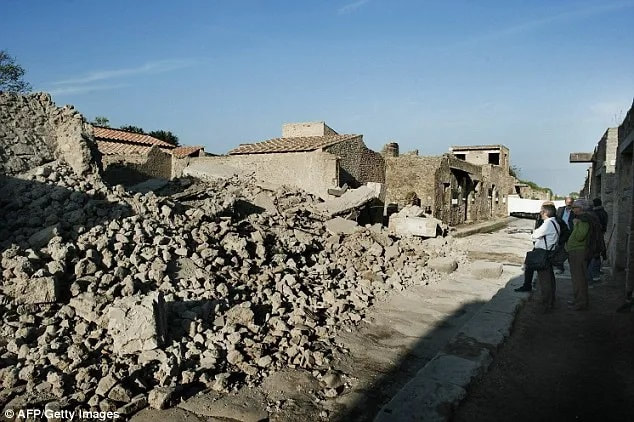 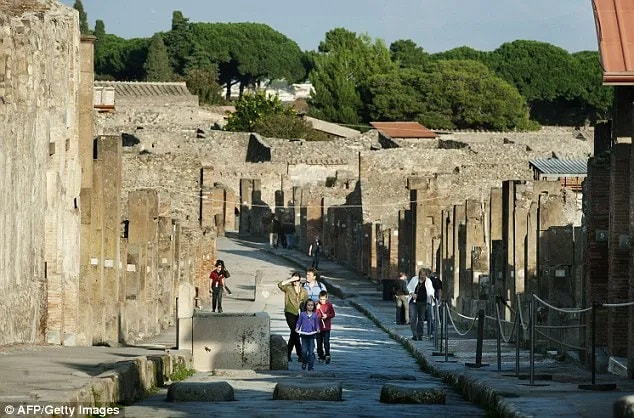 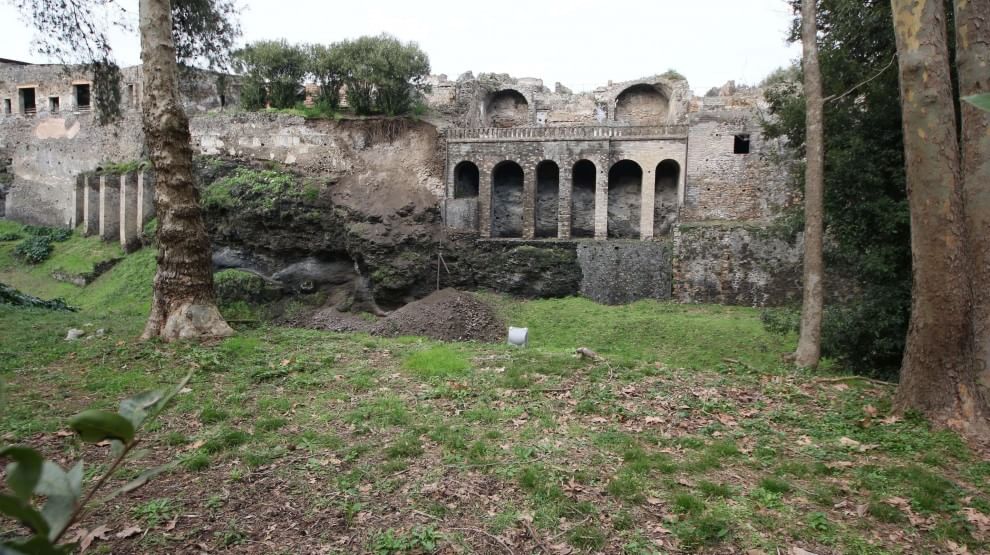 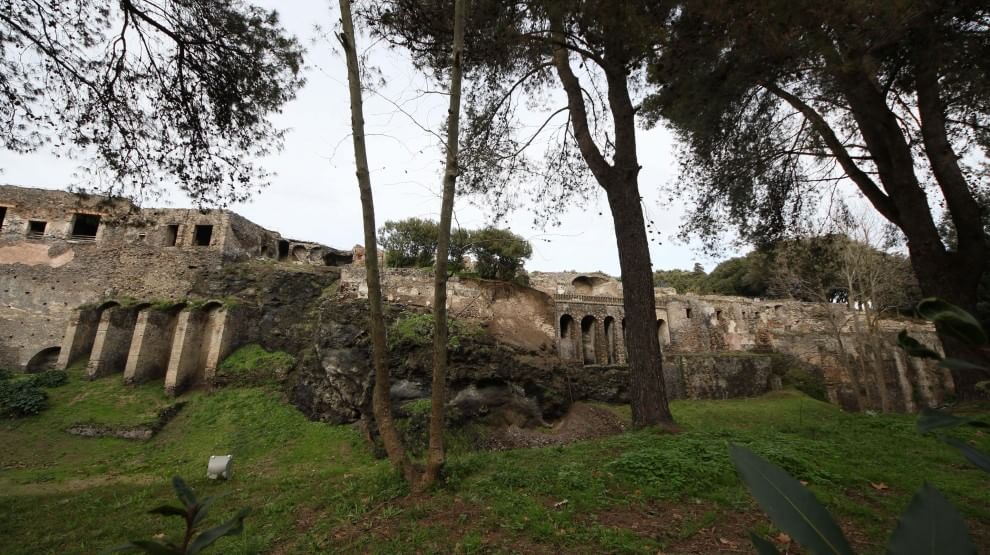 ​GARDEN OF SEVERUS
​Prussian Catechism
Reduced to rubble: Archaeologists have been concerned about the state of the Pompei site for some time
Former glory: Art historians have complained bitterly that the archaeological sites at Pompeii are in a poor state of repair

Heavy rains have provoked landslide at the ancient Italian site of Pompeii, partially collapsing a retaining wall and sending rubble into a garden at the house of Severus. Italian officials on Wednesday said the affected area falls within the “Great Pompeii” joint EU-Italian restoration project and had been already closed to the public. Pompeii, the ancient Roman city encased in volcanic ash near Mount Vesuvius, south of Naples, has suffered numerous collapses of walls and buildings in recent years, often due to rain. The problems have attracted widespread attention to Italy’s difficulties in maintaining its cultural treasures. Pompeii officials said firefighters were assessing the ancient site to determine areas at particular risk for collapse in a bid to shore them up. 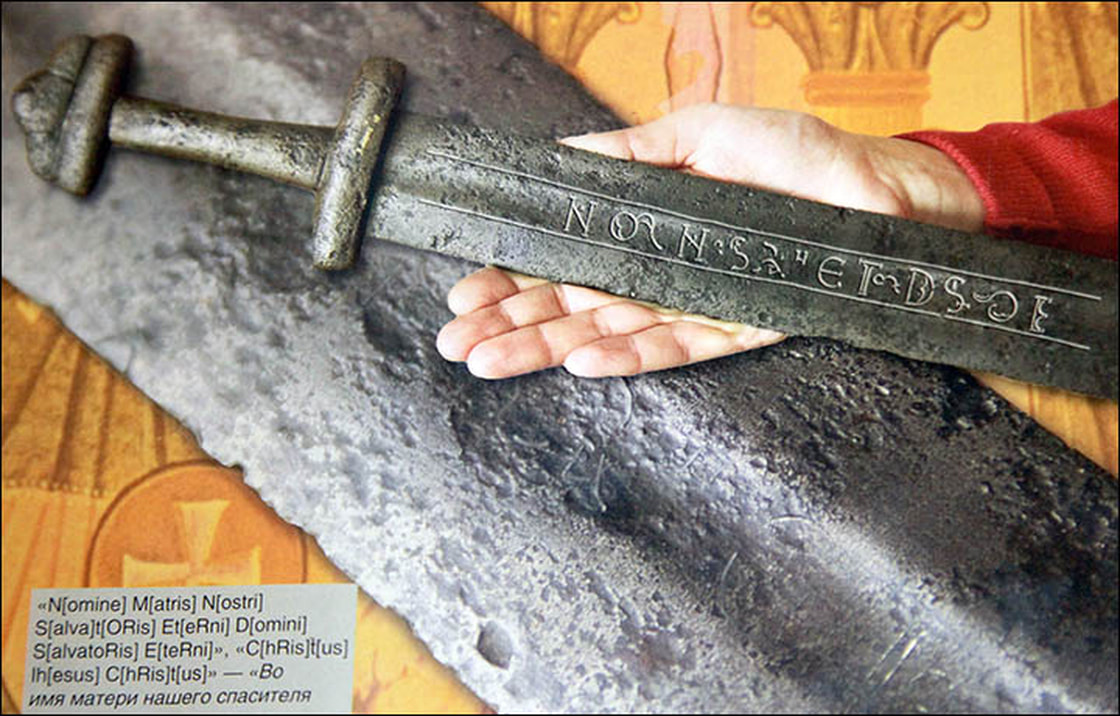 ​TSAR IVAN THE TERRIBLE
144 Royal Twin Brother Chet
​Buried under a tree in the Novosibirsk region, a medieval sword that according to scholars belonged to Ivan the terrible was discovered- Researchers are very excited about the discovery and hope to learn more about this precious item and the history behind it. It is the only weapon of its kind ever found in Siberia.
According to scholars who have had the chance to study this medieval sword, it belonged to Tsar Ivan the Terrible, and came from the royal armory as a gift at the time of the conquest of Siberia. Experts know that the sword originated from Central Europe most likely in the Rhine basin of Germany before being transported to the Swedish mainland, or the island of Gotland, to be adorned with an ornate silver handle and Norse ruse pattern.
​
According to archaeologist Vyacheslav Molodin, the blade has abbreviated engravings on both sides of the blade. The calligraphy style present on the blade suggests hat it was made by people with knowledge of advanced epigraphic writing techniques, making it a very unique and valuable historical item.Russia’s leading experts at the Hermitage Museum in St. Petersburg decoded the Latin wording on the one meter long blade.

The main inscription reads: N[omine] M[atris] N[ostri] S[alva]t[ORis] Et[eRni] D[omini] S[alvatoRis] E[teRni], with an additional one on the same side of the blade saying C[hRis]t[us] Ih[esus] C[hRis]t[us]. This means:’In the name of the mother of our saviour eternal, eternal Lord and Saviour. Christ Jesus Christ.’
The inscription on the reverse side is harder to read, but the first word  ‘NOMENE’ – clearly seen –  helps reconstruct the rest as ‘N[omine] O[mnipotentis]. M[ateR]. E[teRni] N[omin]e’, which means ‘In the name of the Almighty. The Mother of God. In the name of Eternal’. – Siberian Times.