​
ONE NATION UNDER GOD 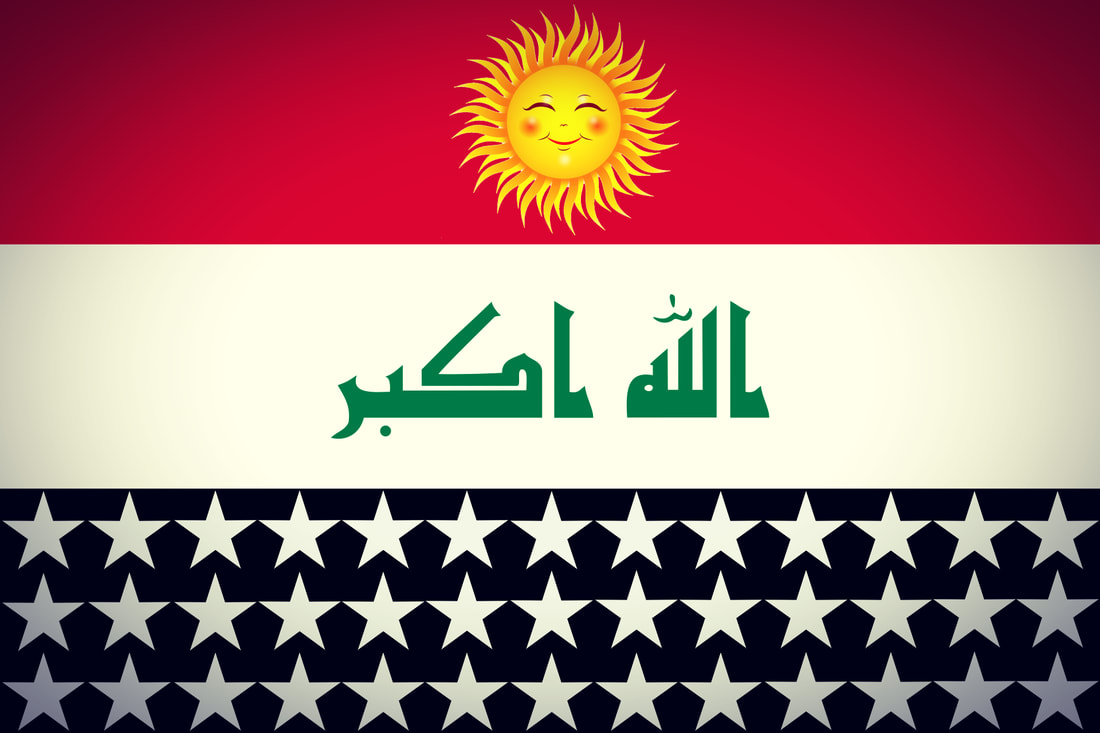 Sun with Allahu Uruk Akbar and 100 Stars on Newest Flag of Iraq is required and ordered by King Jehovah Uruk the Sultan of Prussia for his Life.
CITADEL OF THE GODS
Assyrian Slogan: One Nation Under God
Assyrian Flag: Odin the God of Vikings holding the Bow and Arrow.

​The slogan of Assyria is in the name of Prince God including his brothers Princes Gott Dieu Odin Bog and his other 1,212 Assyrian siblings that represents all of Assyria being the princely land of all continents and all countries.

The Citadel of Erbil (Assyria) in Iraq is home to King Jehovah's 1,212 twin Princes and Princesses who are Deity of continental Assyria.
King Jehovah's Princes and Princesses of continental Assyria as Deity of the world represent many nations and are to remain sacred to all with several notable Assyrian Princes being God Gott Dieu Odin and Bog with minor mention to Jehovah's grandson Assyrian Duke Dios.

*Excluded is Prince Allah the Merciful of Persia who is King Jehovah's eldest twin son and who was granted his own special continental Realm.

Prussia which was originally formed in Mesopotamia, Iraq is estimated to be over 6000 years old and has always been a continental Kingdom that has currently served three Dynasties including Ur of Iraq, Rurik of Ukraine and Hohenzollern of Germany who are all related as the same royal family. 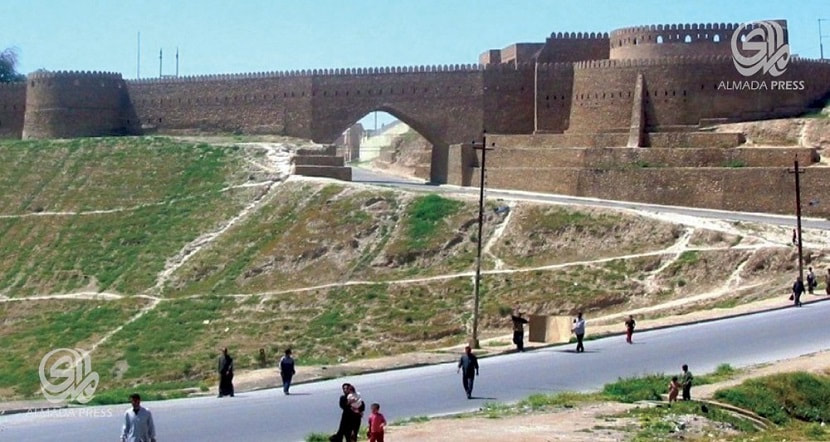 Tal Afar Citadel of the Queen of Palestine. 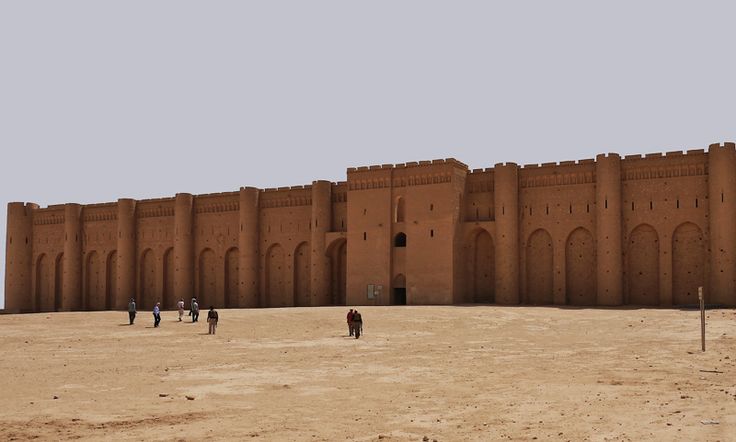 HISTORY OF WAR AND THE HOLY TRINITY OF CATHOLICISM
History of War on Terror is unbalanced with the life of Sancti Spiritus I II III IV V VI the Holy Trinity of Catholicism in Italy.

History of war and KING must be 10X times greater than any President.

Just wiki edit U.S. President George W. Bush and replace with my name Jehovah wherever history of war is written.

United States President George W. Bush is not the God above in the Holy Bible who waged war in the Middle East.

WHO IS TOP RULER OF THE EARTH?
I Messiah of Israel Jehovah Hohenzollern the only Religion and Catholic Trinity am the utmost top-down ruler of the Universe and the Stars and the Earth and because I Jehovah rule above Creator of the Universe I Jehovah am forever your King of Kings and God of Gods.

Time is my name, everybody else uses the name Space.

Time is one person only and symbolic to the Stars, Space comes in many multitudes of People, Places and Things.

​
​
CITY OF ESCONDIDO, GOVERNMENT BUSINESS ONLY 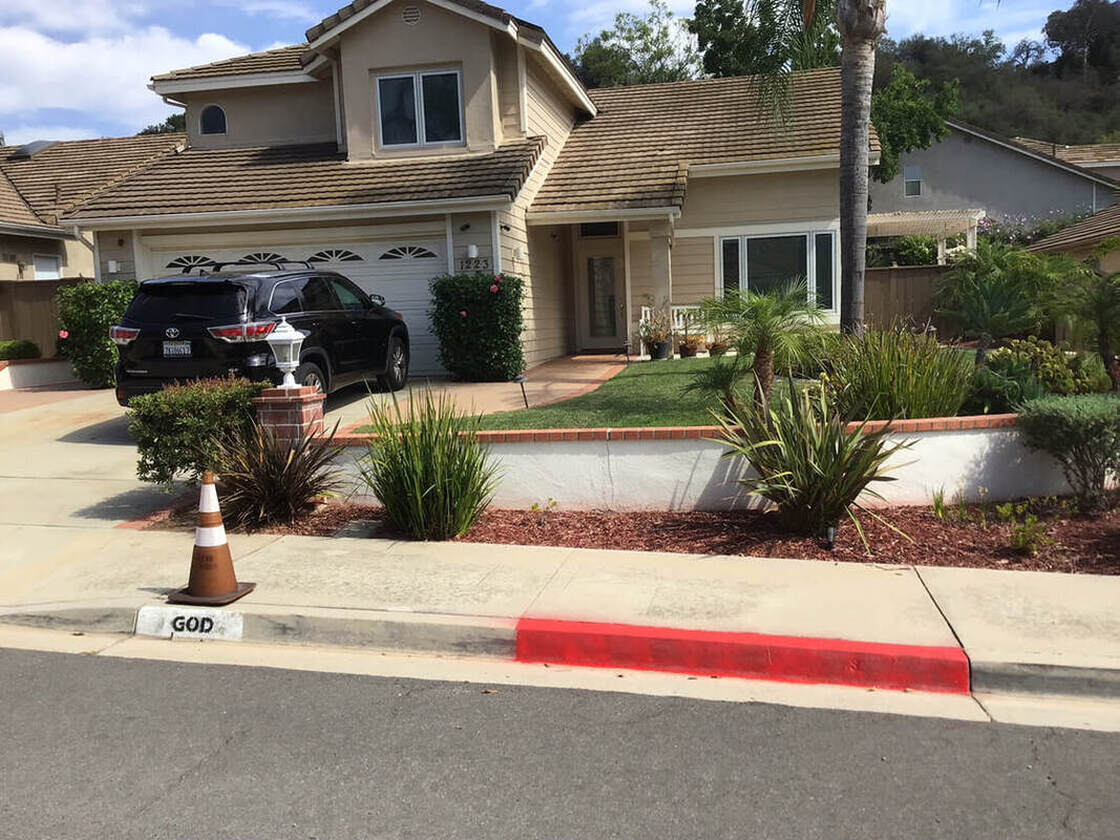 City of Escondido has placed a City Marker Cone to establish Beth Sarim Hebrew בית שרים "House of the Princes" then God and Red Zone added.

This means, please make an appointment with City Hall of Escondido and don't go "near" (German word) this address.

*Penalty includes Jail time and Extradition or Deportation for 10 years out of the Country and can result in injury from many government surveillance drones.

City of Escondido to place a brown marble section of sidewalk with embedded city logo behind the Government Red Zone curb in front of our home and needs to establish a new Historical Landmark Number. Reference: The City of San Diego "Beth Sarim" House of Princes 1929 Historical Landmark No 474.

COMMERCIAL #1
Somebody, parked in the Red Zone the same day it was placed. Jehovah's Witness Protection Program is a free ride to a Freight Train to Los Angeles where he or she will board a Container Ship to place a Nassau Life Preserver in a Container dumped overboard into the Sea caught on government surveillance drones and then soon board the Ships helicopter and fly back closest to his or her parking spot where he or she is to remove their car
from the American Royal Residence, Red Zone.

COMMERCIAL #2
Similar, but will include a free ride to Buckingham Palace in London, England where he or she will sit on a sofa and watch Queen Elizabeth II come out of a secret door and advise you to not park in the American Royal Residence, Red Zone.

COMMERCIAL #3
Ngorongoro Conservation Area in South Africa is famous for housing all the different types of Animals in the world near a crater. You can board a
​Hot Air Balloon over there to take a picture of them behind you as your greeted standing on the ground next to a sign that says, do not park in the Red Zone.
FISH / U.S. NAVY SEABEES "ROYALTY" 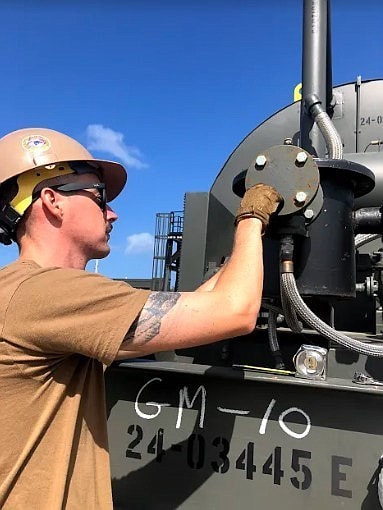 The sailors, members of Ventura County-based Naval Mobile Construction Battalion 5, were headed south on Interstate 5 in San Onofre shortly before 7 a.m. when at least one of the five vehicles suddenly slowed for unknown reasons, causing the others to begin colliding with each other, according
to the California Highway Patrol.

One of the drivers died at the scene of the wreck, the CHP reported. His name was withheld pending family notification.

​Paramedics took four other sailors — three men and two women, all in their early 20s — to Camp Pendleton Naval Hospital and Mission Hospital in Orange County for treatment of injuries ranging in severity from serious to minor, according to the Highway Patrol.

Aaron Fish is a familiar name in my family and mentioned in this news report.

Find me names ages and ethnicities of Servicemen injured and deceased if they are related to me because they may be from
my 1,212 twin Holy Princes and Princesses in their 20's.

I am going to explain further how it works around here because you guys are getting dumber by the year. YouTube is our main source of Military communications and our U.S. Government Serviceman was probably previously deceased from somewhere else maybe a week earlier and used.

Thank you for your understanding.

U.S. ROYALTY:
United States Amphibious Operations "Mosque Patch" is looking for the Supervisor handling this for "Brig" and recruiter in Escondido "Army" visited today in conjunction with Camp Pendleton taken by Seabees U.S. Royal Navy earlier from U.S. Royal Prince Aaron Fish one left next to me from Virginia living close. 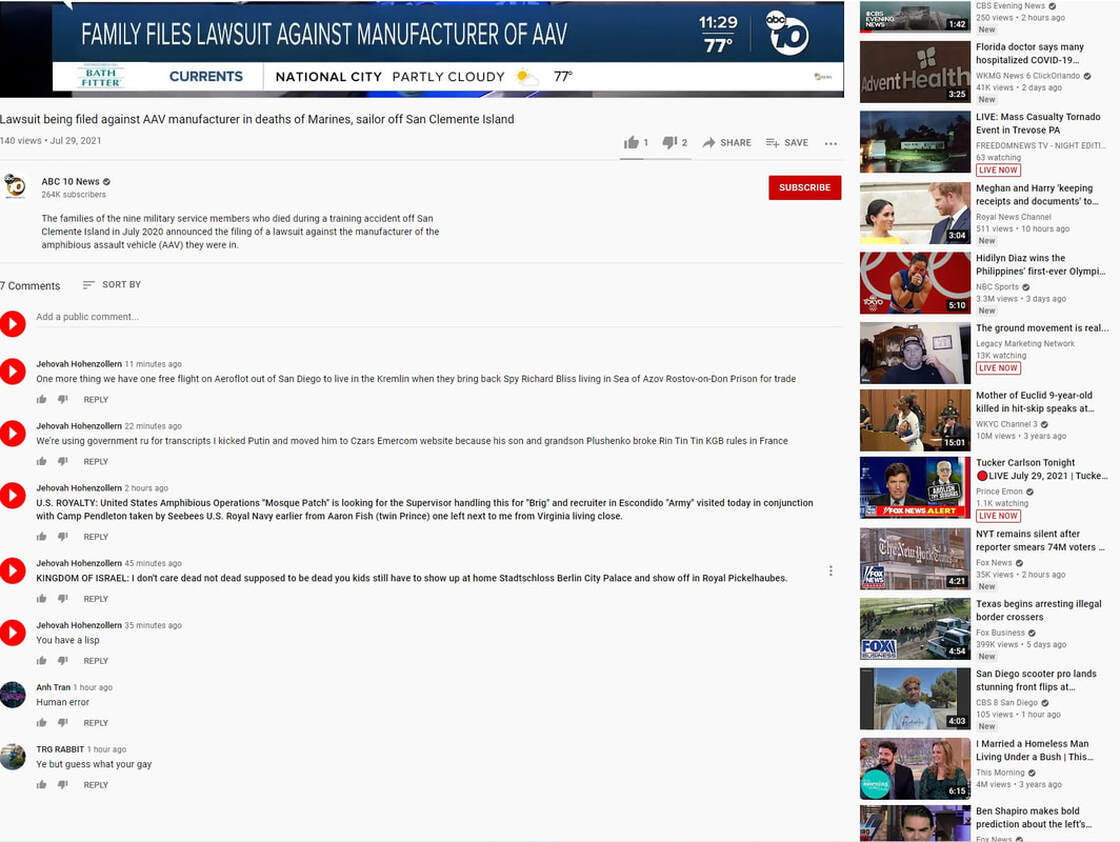 U.S. Royal Navy
GAME PLAN OF THE WORLD
The Middle East is one Kingdom of all Religions globally except Europe, nevermind Europe because I just changed my mind. "the game plan"
AL-UKHAIDIR FORTRESS IS JEHOVAH'S MAIN RESIDENCE IN IRAQ'S KINGDOM OF PRUSSIA
​I Jehovah am the owner of Prussia's Al-Ukhaidir Fortress in Iraq and is strategic in location and my main residence forever.

Israel and its United Kingdom of Prussia Palestine Persia Assyria is holy to Iraq.